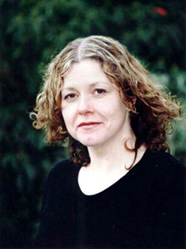 Documentary film enacts a particular viewing position, which enlists spectators in what Elizabeth Cowie describes as the desire to see and know the world through its recorded sights and sounds of reality. This thesis re-examines representations of rural life, as articulated by a recent cycle of Aotearoa New Zealand documentary films. Throughout my examination, I will address theories of rural mythology, identity construction and documentary representation. I will argue that my set of documentaries engage spectators in desiring to know and experience a particular view of rural life that may, however, only be a fantasy, or indeed, what Roland Barthes has described as a myth.

From 19th century European settlement to the contemporary era, the representation of rural life has been driven by the desire for ‘the great rural way of life’ that has been repeatedly negotiated through mythical structures. For example, settler propaganda characterised Aotearoa New Zealand as a ‘rural Arcadia’ where happy families could live and work together in harmony with nature. Excluded from representation were the realities of conflict within colonisation, such as conflicting claims to land, as well as racial and social class issues. I will explore variations upon these myths of rural life as represented in the films Kaikohe Demolition (2004), The Last Resort: God Defend Our Free Land (2006), Land of the Long White Cloud (2009), and This Way of Life (2009). I will read these films as expressions of a desire for access to and ownership of rural land, framed within the present-day contexts of globalisation and neoliberalism. I will also explore how romanticised images of an idyllic existence within nature have come to hold a particular appeal for a largely urban population settled by the neoliberal reforms and rural downturn of the 1980s, as well as the flows and displacements of global capitalism. I propose that it is because Aotearoa New Zealand has always imagined its national identity as rural, that as it becomes more urbanised and globalised it paradoxically engages in more intensified mythic productions of its essentially rural identity – an internal process of what I term ‘ruralisation’, in response external forces of globalisation.

Having worked in Education, Publishing, Recruitment, and Business Development, in a variety of countries and contexts, Jane has returned to New Zealand to continue with her academic studies, which focus on character-driven narratives in contemporary film and media.

2014:
Tutor for the Disability Information and Support Office

Ross, J. (2013).  Re-examining the Rural: Colonial and Contemporary Representations.  Presented to the Department of Media, Film and Communication Studies: University of Otago.  Presented at the Postgraduate Research Day (September)

Ross, J. (2012) Film as Hui: Barry Barclay and Contemporary New Zealand Documentary. Presented to the Department of Media, Film and Communication Studies: University of Otago. Presented at the Postgraduate Research Day (May)