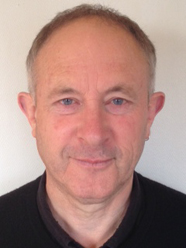 The Punkumentary: The Embodiment of a Punk Sensibility Within the Music Documenatry

Where punk music represents a decisive break with rock, the punkumentary represents an equally radical divergence from every other form of the rock documenatry. Punkumentaries such as The Punk Rock Movie, D.O.A., The Decline of Western Civilization and The Filth and the Fury play out the ongoing tension between the utopian and nihlistic aspects of punk, between its representation as a radical counter discourse, constantly appropriated, constantly in flux, but always remaining on the outside, and one in which it is both a symptom of, and provides a critical position in relation to, Jean Baudrillard’s notion of the hyperreal state of postmodern culture.

Peter grew up in Christchurch and moved to Dunedin in 1993. He began as an undergraduate in the Department of Media, Film and Communication in 2006. His research interests reflect a long history of involvement in New Zealand alternative music, as a member of the Pin Group, the Victor Dimisich Band, Scorched Earth Policy, Dadamah and the Terminals. Since 1993 he has also been part of the experimental music groups Rain, Flies Inside the Sun, Sleep and A Handful of Dust and currently rock/electronic ensemble Eye. In 1994 he founded the Metonymic music label and since 2000 has been co-organiser of the biennial Lines of Flight festival of experimental music. His honours dissertation was entitled Revolutionary Films, Revolutionary Soundtracks?: The Change to Popular Music Soundtracks Within the New Hollywood of the 1960s and 1970s and his masters thesis The Rockumentaries, Direct Cinema and the Politics of the 1960s.

“Music and the Woman’s Film: Sex and the City: The Movie” (2011) in Radner, H. and Stringer, R. (eds.) Feminism at the Movies: Understanding Gender in Contemporary Popular Cinema, Routledge: 2011.