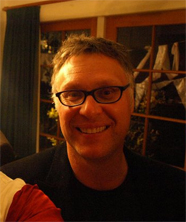 From Solid to Liquid Culture: The institutional, political and economic transformation of New Zealand state broadcasting.

This thesis examines the cultural development of New Zealand state broadcasting and proposes a new institutional paradigm based around the discursive potential of digital and social media. Adopting Zygmunt Bauman’s theory of the transition in cultural, political and economic power from a ‘solid’ (national) to a ‘liquid’ (global) form, this thesis examines New Zealand state broadcasting through three distinct cultural phases: as a vehicle for the narrative of the settler colony; as a site for cultural struggle over national identity; and as a means to convey a commodified version of the national narrative in the era of competitive, trans-global media. I argue that in each of its administrative and governance configurations, the state broadcaster has operated to disseminate the prevailing ideology and in this capacity has never effectively functioned as a public service. Since the 1990s the development of digital media technologies, and the modes of production and consumption associated with those technologies, has made subverting the accepted economic and structural broadcasting paradigm possible. In the final chapter I turn to Habermasian public sphere theory and the concept of public commissioning in order to propose a re-imaged form of public service media in New Zealand.

Donald Reid began his career in journalism, first working in community papers in Wellington in the early 1990s. From there he moved into business, argi-business and science reporting, spending some time in southern Africa in the late 1990s. In 1999 he moved in to public relations, first in corporate communications and later as the publicity coordinator for the Dunedin television production company Natural History New Zealand, where he worked from 2001-2008 (working with US cable networks Discovery and National Geographic, the Japanese state broadcaster NHK and other European networks). Donald’s PhD is an investigation of the social, political and economic change has been reflected in New Zealand state broadcasting. Prior to this he completed a Masters examining the TVNZ Charter and his honours project examined the cultural impact of the ‘Speights Southern Man’. He has been teaching in a variety of roles and in a variety of course for the media studies department since 2003.

Reid, Donald, ‘Multiculturalism in the Service of Capital – The Case of New Zealand Public Broadcasting’, Citizens of the World: Pluralism, Migration, and the Practices of Citizenship, (ed. Robert Danisch), Amsterdam, Rodopi Press, 2011

Manufacturing Europe – Spaces of Diversity, Democracy and Communication (Inka Salovaara-Moring ed.) In: ‘The Globalization of Advertising in Asia – The Impact of Media’ (ed. John Sinclair), Media International Australia, No.133, November 2010