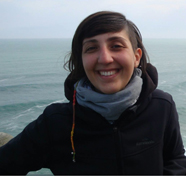 This thesis employs ethnographic methods to study grassroots activism in contemporary Italy. Through non-representational analysis, which involves participant observation and interviews in activist communities, I observe how technologies are affective and how, in relating to human and nonhuman bodies, technology can build a capacity to resist the Italian capitalist establishment. I suggest that the groups who have participated in this research provide a valuable, original example of how neoliberal tendencies to use technologies for domination can be resisted. The thesis outlines three forms of resistance involving the use of technology. First, the use of technology to produce affective spaces of collaboration; second, building technologies for the conservation and the production of grassroots memory; and, third, the use of corporate social media as a means to reach large numbers of people. I argue that a capacity for political action emerges from these practices, which I describe as a process of becoming-common, that is, as moments of coordination, solidarity and mutuality. The thesis thus demonstrates that the processes of becoming-common emerge in affective arrangements and enable a capacity for collective action from below.

I graduated from the University of Bologna with History and Political Sciences BA and with Contemporary European History MA and from Liverpool Hope University with Contemporary Art History MA. After working as a freelancer for some art projects and newspapers in Italy, I started as a PhD candidate at the Department of Media Film and Communication in October 2013. My main interests regard radical social movements, Marxism and post-Marxism, anarchist theory, feminist theory, ethnographic methodologies, affect theory, history and philosophy of science and technology.