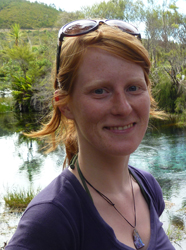 Under the current patriarchal status quo, women’s bodies do not have the same ‘freedom’ (and thus capability) of spatial movement and social exis- tence as bodies ‘gendered as masculine, or racialised as “white”’ (Sheller and Urry, 2000, 741). If, as Mimi Sheller and John Urry argue, mobility is a democratic ‘right’ and ‘constitutive of democracy’ insofar as it constitutes a tool to interfere with unethical politics (2000, 741), then the relative ‘immobility’ that film narratives and critical theory often attribute to women constrains their access to the public sphere through reproduc- ing gendered binary divisions of space. To go beyond binary narratives of space and gender, we need to look beyond representation at how filmic forms create affective spaces that ‘touch’ us; how these spaces appeal to our sense-memories, potentially affecting our own ways of being in the world, such is my objective in this thesis. In my introduction and Chapter One I identify representational analysis as a limited analytical method, in so far as it considers cinema as sites of socio-cultural meaning and tend to ignore the affect of images. Instead this thesis argues for a method of analysis that reads for the affirmative impact films can have on the viewers’ spatial imaginaries. Considering filmic aesthetics as affecting viewers physically as well as intellectually, this thesis ‘extracts’ female protagonists’ willful habitation of cinematic spaces. Through analysing Gegen die wand/Head-on (Fatih Akin, 2004), Wadjda (Haifaa Al-Mansour, 2012) and Vendredi soir (Claire Denis, 2002) as case studies of the willful embodiment of space, I develop a method of analysis that combines tools found in film theory, phenomenology, philosophy and feminist geography. Each chapter studies one film through the female characters’ relation to space and most specifically to streets, houses and cars respectively. Chapter Two initiates the discussion between the negative affects that the realist narrative of Head-on conveys and the filmic forms that create spaces that the female protagonist willfully inhabits. The significance of women’s habitation of screen spaces relies on how films construct their bodies and spaces themselves as gendered and/or as ‘lived’ and affective, and how this potentially transforms the viewers’ own habitation of space. The three films studied all portray women whose mobilities have been negatively affected by the patriarchy of space, causing them to experience willfulness, an affective reaction to ‘having been brought down’ that leads them to ‘insist on what is simply given to others’ (Ahmed, 2014, 2; 149). I borrow Ahmed’s concept of willfulness to look at micro-instances wherein women characters refuse to follow gendered paths and instead inhabit space through desiring willful bodies capable of affecting others as well as being affected. Chapters Three and Four develop what the analysis of Head-on suggested: the willfulness that female characters experience emerges from their micro-relations to space. These micro-relations come to the fore with the ‘topo-analyses’ of Wadjda and Vendredi soir looking at how their filmic forms produce spaces and affects. These two chapters reinforce the idea that spaces are ‘lived’ and in continual transformation, and that it is through building spaces of their own, affective spaces of belonging (hooks, 2009), that women may expand their habitation of social spaces beyond dictated socio-cultural norms. As films appeal to our senses, so they invite us to live cinematic spaces through our bodies, to ‘embody’ these spaces. I argue that aesthetic processes surpass narrative expressions, taking characters and spectators beyond the discourses that maintain women and men in gendered narratives of spatial habitation. Through analysing cinematic spaces as affective processes, my three case-studies extract the ‘affirmative politics’ of the films (Braidotti, 2011a), the micro-instances in their filmic aesthetics that take us beyond gender as determinative of our habitation of space.

Originally from Belgium, I graduated in Brussels with a master in Spanish and English Languages and Literatures in 2007. I then completed a master in Film Studies in Cork (Ireland) and worked in public relations for film festivals and theatre productions. I wrote film reviews online, content for newspapers in French and Spanish, and worked as a program developer and assistant producer for a television production company in Madrid (Spain). I enjoy travelling, climbing and diving. I travelled for several months in Central America and in India before starting my research at Otago on women’s occupation of the public sphere in contemporary cinema.