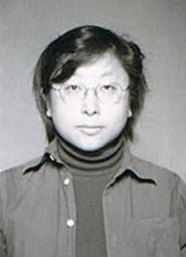 Possibility of Telecommunication Universal Service in the Pacific Islands: case studies of Vanuatu, PEACESAT and USPNet

This thesis examines the meaning of telecommunication for the remote islands and rural areas of the Pacific Islands through the application and assessment of the 'Capability Approach', which was developed and used by Amartya Sen in his book, Development as Freedom (1999), in which he argues that development means freedom of choice and achievement. This research also makes a major contribution to the study of ICT4D (Information and Communications Technology for Development) and the development of telecommunications in the Pacific Islands, by examining the historical background of communication, and case studies of Vanuatu and PEACESAT with USPNet. In the Pacific, thousands of small islands are scattered in the ocean, which occupies a third of the surface area of the Earth. Each small island is far from the major economic centres and many have small populations. Due to their economic scale, uneven developments and Western colonization policy, many islands did not have a telecommunication service for a century after telecommunication was developed globally in the 19th century. In the 1970s, during the Cold War, many Pacific Islands had an opportunity to use a free second-hand satellite from the United States, which enabled them to provide higher education services and to manage their fisheries. In the 2000s, deregulation and competition were introduced to the Pacific Island counties (PICs) and Universal Service (which provided a telecommunication service to the whole population) was finally achieved in some PICs, such as Vanuatu. This study presents research in measuring the capability of ICT users, policymakers and providers, with interviews in Vanuatu using the 'storytelling approach' and policy document research on USPNet and PEACESAT. The results of this research (both archival and fieldwork) tell us about the dynamism of development and people using ICT to magnify their Capability. Other case studies tell us that Capability does not belong to technology but to people and what they want to do.

Since 1991, working for Pacific Islands as Project Officer of the Sasakawa Pacific Island Nations Fund. One of the main achievements is upgrade USPNet project with Japanese ODA. Although main focus was ICT and Education, I was in charge of variety of projects such as journalism, cultural heritage, and policy reform and making.