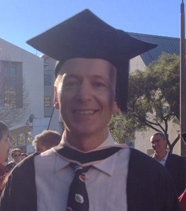 This thesis seeks to open up questions about the apparent tension between the economic and political imperatives of neoliberalism and resistance to same as it plays out in the ‘neutral’ zone of children’s television. My starting point is Tom Engelhardt’s concept of the ‘Shortcake Strategy,’ a new marketing tactic brought about in part by neoliberal deregulation in which children’s TV shows were created with the exclusive aim of selling collections of toys. Instead of licensing preexisting fictional characters in children’s audiovisual culture, corporate managers created new characters “out of relatively thin air” (Engelhardt 1987). In the years since Engelhardt, however, two shifts have occurred: (1) the digitalisation of media content, and (2) the increasing availability of children's audiovisual culture in primetime. The examples of the children’s programmes My Little Pony: Friendship is Magic (Hub Network 2010-present), Regular Show (Cartoon Network 2010-present) and Adventure Time (Cartoon Network 2010-present) exemplify the new trend towards high quality television productions. Unlike earlier pre-digital children’s audiovisual culture, the cases to be analysed in this thesis make use of inter-episodic sub plots, underlying themes, self-referentiality, intertextuality and generic mixture. Despite the well-known function of children’s programmes as naked ads for brand-name toys (Kline 1993; Pecora 1998), I argue that these shows have more subversive content than adult shows. The subversive messages work simultaneously with the commercial imperatives which need to create consumer desire in children and parents.

Kevin Fletcher graduated in 1997 from the University of Otago with a BA in German and in 2013 with an MA in German. He started as a PhD candidate at the Department of Media, Film and Communication in April 2014.