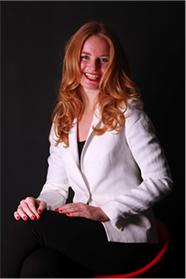 Constructing a new world order through a narrative of infrastructural development: the case of the BRICS

Born in the Netherlands, but curious for all kinds of dynamics internationally, I have a great interest developed for the interaction between media and politics. I have studied at four different Universities where I developed analytical skills to use in various interdisciplinary angles. With a Bachelor and Master Degree in Media & Culture (Universiteit van Amsterdam), I learned how to conduct solid media analysis. For one year, I have studied International Relations at Post Graduate level (San Francisco State University) where I learned the dynamics of international affairs. With my studies in Global Business Management (Universitat Autonoma de Barcelona), I learned the commercial dynamics of a globalized economy. During my internship at the Consulate General of the Netherlands in San Francisco, I conducted a research on social media and diplomacy. In addition, I have worked and travelled in over fifty countries around the world, which makes me sensitive to various cultural contexts. Moreover, I enjoy learning new things and meeting new people every day.