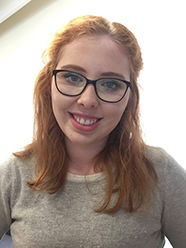 United States of Shondaland: Investigating the tensions between 'post-racial' television spaces and the socio-political environment of post-Obama America

This thesis seeks to investigate the tensions between the current post-racial television space where African American creators like Shonda Rhimes have succeeded in creating diversely cast television dramas with the current socio-political environment in the United States where racism is at the forefront now more than ever. By using audience research methods, this thesis seeks to unpack to connection between the white audience of 'post-racial' television shows and their likelihood to be more supportive of movements like Black Lives Matter. This thesis combines critical race theory and audience research methodology.

Chloe recently completed her Honours dissertation titled "Shondaland: A Post-Racial Space? Representations of Race within Post-Racial Television Spaces". Her academic interests include television (particularly drama and reality television), social media and its uses in audience and marketing theory and practice, as well as history, particularly 20th Century conflicts, and US history. She can often be found watching reality television or beauty YouTubers in her spare time.