Student to learn how to disarm landmines 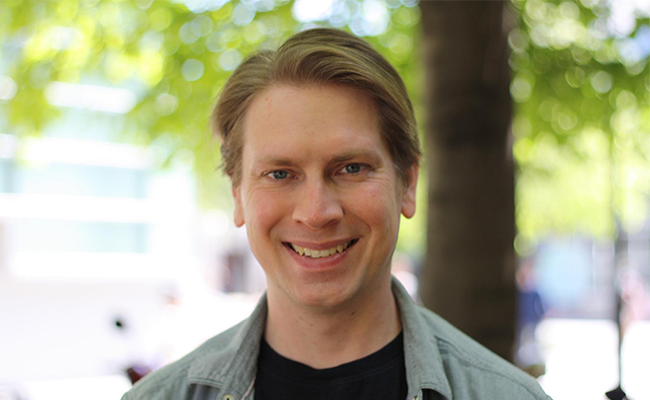 Learning how to disarm landmines isn’t an activity found atop many people’s bucket lists.

But Peace and Conflict Studies PhD candidate Matt Fuller has had plans, for many years, to do just that, as a result of his life-long interest in disarmament.

“It’s not a job without danger,” Matt says, “but it’s not like how it’s portrayed in popular film.”

Matt will travel to Kosovo in August to spend seven weeks training with Mine Action & Training , Kosovo, using landmines which have had the explosives removed.

“I’m doing a very thorough programme. They teach you how to use a metal detector, work with dogs, and how to disarm the explosives using the proper protocol.”

At completion of the course, he will hold an explosive ordnance disposal (EOD) certificate.

Matt believes that when people think of landmines, they think of the ‘The Hurt Locker’. The 2008 film tells the story of a group of men who are trained to dispose of bombs during the Iraq War.

“But unlike the characters in that film, the people that do this work are very, very driven by a desire to stay safe,“ he says.

“The people who do EOD are very professional - measure twice, cut once. It’s all about slow and steady wins the race.”

Matt’s long-term plan is ultimately to work for an organisation that clears landmines, and he’s doing the course in Kosovo so that he can “be the best person I can be at this role”.

Use of landmines was banned in 1998, but they are still a massive problem, he says. There are 61 countries around the world which are contaminated by landmines.

“Every landmine is potentially a dead, or severely injured, person.”

People cannot use a field if they do not know where the landmines are, he says.

Matt was 12 years old when he first became interested in disarmament. He was fascinated by the ongoing discussion in the news about depleted uranium and whether or not it should be banned.

“It then fell off the radar, even though the problem hadn’t gone away,” he says.

He remembers thinking ‘why don’t people talk about this?’, because it’s such a big deal. Depleted uranium is used in a large number of weapons and tanks, and pieces of it are often left behind in the wake of war.

It has been linked with higher rates of cancers and birth defects among the people living alongside the detritus.

“It’s a really important issue that’s fallen off the map.”

Matt is originally from Springfield, Virginia, USA. When he finished college, he spent about a year and a half volunteering at Corrymeela, which is a peace and reconciliation centre in Northern Ireland. He has also volunteered at the Democracy Development Programme in South Africa.

In 2013, he applied for a job as a field worker at The HALO Trust, an organisation that clears landmines, and even though he did not get the job, he could not stop thinking about it.

That would be a great job. That thought never left me.

“That would be a great job. That thought never left me.”

He was working as philosophy lecturer at a community college in San Antonio when he decided he wanted to “take things to the next level”.

“I got to a point in my career where I felt like I had done a lot of stuff at this college, and it’s a lot of fun, but if I want to move forward with my career ambitions, I really need to do something else.

“I figured if I was going to go into the world of disarmament, I would need to have a background in disarmament.”

He also realised if he was to continue in the world of academia, he would need a PhD.

Matt’s interest in depleted uranium, combined with his inability to stop thinking about the landmine clearing job, motivated him to apply to the National Centre for Peace and Conflict Studies Te Ao O Rongomaraeroa, which he says is “widely regarded all over the world”.

He arrived at Otago University to begin his thesis in February 2020.

“My research is all about weapons, and why some weapons get banned, and others don’t.”

Once Matt has finished his thesis, in addition to working for a landmine clearing organisation, he would also like to write a non-fiction book about depleted uranium.