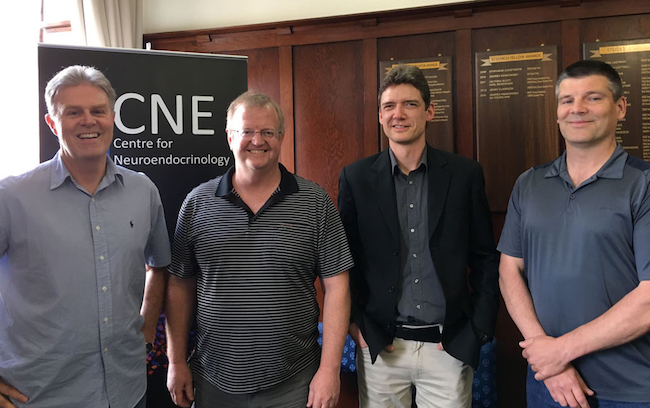 Drinking for two: Central resetting of water balance in pregnancy and lactation ($825,000)

Pregnant women retain water during pregnancy to ensure an adequate blood supply for the developing baby and to prepare for milk production during lactation. Water is retained by increasing the secretion of vasopressin, a hormone that promotes water reabsorption in the kidneys. Normally, dilution of body salts by water retention decreases vasopressin secretion, but this doesn’t happen in pregnancy or lactation.

While it has been known since the 1980s that altered vasopressin secretion resets water balance during pregnancy, the mechanisms that cause this resetting are still unknown. Our new data show that vasopressin-secreting cells are more sensitive to salt during lactation and so this might be the mechanism that resets water balance during pregnancy. Therefore, we will determine how vasopressin cells increase their responsiveness to salt in pregnancy to prepare women for successful pregnancy and lactation.

The aim of this project is to investigate the mechanisms by which the anterior pituitary hormone prolactin stimulates neurogenesis in the adult brain.

Here, we propose to investigate the hypothesis that these prolactin-sensitive growth factors secreted from the choroid plexus mediate the actions of prolactin to stimulate neurogenesis in subventricular zone of the maternal brain during pregnancy.

The study will enhance our understanding of factors regulating the neurogenic niche in the adult brain, an area of intense interest in neuroscience because of its potential roles in neural plasticity and repair.

In vivo gene editing with CRISPR to define estrogen feedback in the brain ($825,000)

Circulating levels of the ovarian hormone estrogen act on the brain to control fertility. A group of brain cells called the gonadotropin-releasing hormone (GnRH) neurons are responsible for controlling fertility in all mammals including humans.

At present, the cellular pathway through which estrogen modulates the activity of GnRH neurons in unknown. This project intends to determine precisely which brain cells are responsible for detecting estrogen levels in the blood and transmitting this information to the GnRH neurons.

We will use a novel application of CRISPR-Cas9 gene editing to delete estrogen receptors from GABA, glutamate or kisspeptin neurons located in two specific brain regions of the mouse.

This research will develop world-leading in vivo gene editing technology for neuroscience within New Zealand and elucidate the mechanism of "estrogen feedback" to the GnRH neurons. This information will underpin the development of new strategies for helping infertile couples as well as the development of safer contraceptive agents.

Hypothalamic Inflammation: Cause of leptin resistance and obesity? ($795,000)

Leptin, made by fat cells, is a hormone that usually tells the brain to stop eating. When people accumulate fat, leptin in the blood reaches very high unhealthy levels which make the brain unresponsive to the hormone.

The loss of leptin action leads to the development of obesity and associated diseases such as type 2 diabetes. Saturated fats from a Western style diet lead to inflammation of the brain.

This grant will explore whether this so called brain inflammation caused by dietary saturated fats is the cause of the loss of leptin responses and thereby the trigger for the development of obesity and type 2 diabetes. 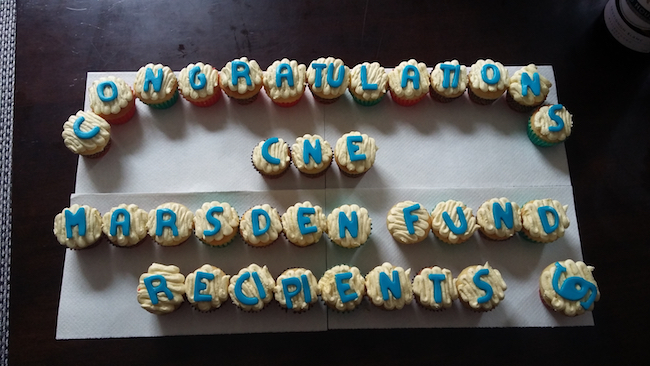