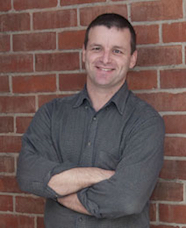 Associate Professor Greg Anderson has an eye on most aspects of neuroendocrinology; metabolism, fertility, stress. His work started with fertility, in understanding how the neurons that drive fertility are impacted by other factors; this led him to metabolism and eventually to stress. The body defends fertility as best it possibly can, trying to ensure that we reproduce while also balancing the potential impacts of our health on our offspring. A huge amount of information goes into the regulation of this system. Greg has set out to find how the fertility system gets this information and how it uses it.

“I’ve always been interested in how the brain controls fertility,” Greg says, “a key thing that has always fascinated me, and been a big component of my work, is how the brain knows how to respond to metabolic challenge.” This interest led him to a hormone called leptin, which is a hormone produced by the fat storing cells in your body. Anecdotal evidence suggested that there might be a relationship between body fat and fertility; both high and low levels of body fat can cause subfertility, and when leptin signals can’t get through at all fertility ceases. So, Greg started investigating how the neurons that drive fertility were getting the leptin signals that gave them body-fat information.

He was led to a group of cells called AGRP neurons. These neurons are a potent driver of appetite, and also appear to be related to puberty onset. When Greg knocked out these AGRP neurons, removing them from the system, puberty hit later. The same cells which drive fertility, GnRH neurons, are also important for puberty, and so the delay in puberty onset suggested that these AGRP neurons were communicating with GnRH neurons. Greg then used a transgenic mouse that couldn’t send any information about leptin, aka body fat levels, through any cells other than the AGRP neurons. Every other cell in the mouse’s body was getting the signal ‘there is no leptin, we have no body fat, we’re starving’. Under normal circumstances, when an individual is starving, their reproductive system shuts down; these mice remained fertile. That single signal going through the AGRP neurons was enough to completely rescue reproductive function. It’s unlikely that this is the only path the reproductive system uses to judge leptin signals, but it does show that rescuing a single circuit can be enough to get reproductive function up and running again.

The relationship between stress and infertility seems to be the reverse. Rather than one of many signals being enough to keep fertility steady, a single intense stress signal can be enough to cease fertility for a short time. This has only be shown to happen at a very specific point in time, when the neurons responsible for fertility are triggering ovulation, and the stress has to be prolonged and severe. This would indicate, to the brain, that this is a terrible time to be putting energy into reproduction. But how does this stress signal get to those fertility neurons? Greg and his team have evidence to suggest that the signal goes through a group of cells called RFRP neurons, and when these neurons are blocked fertility is no longer affected by stress. How the RFRP neurons get this information about stress, however, is still unclear.

About a third of human infertility is caused by poor communication between the hormone-producing areas of the brain, and the reproductive system. Some of that issue is with the fertility neurons themselves, issues like polycystic ovarian syndrome and hyperthalamic amenorrhea for instance. However, there is more than likely another group of people whose brains just aren’t receiving the right information. By demonstrating how aspects of metabolism and stress are capable of impacting fertility, Greg and his team have laid the foundation for future treatments to be produced. It’s only when we fully understand a system that we can see when it is broken, and how best to fix it.