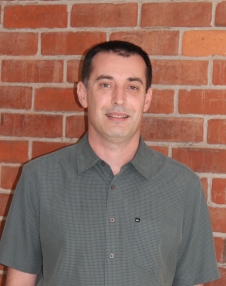 Dr Richard Piet is one of the recent researchers to become a principal investigator in the Centre for Neuroendocrinology. “My research focuses on the neurophysiological regulation of the circadian clock,” Richard says, “and how that rhythm might impact reproduction.”

The neurons that drive reproduction, GnRH neurons, appear to be controlled at least in part by another group of neurons that produce a neuropeptide called kisspeptin. GnRH neurons have two main modes of action; pulse release and surge release. The pulse is released every hour and lasts for around 10-15 minutes, and ensures that the ovaries are working correctly. The surge is a wave of GnRH released once a month, lasting for hours and stimulating the release of an ovum. The surge, it just so happens, occurs at a very specific time of day; just before the individual becomes active. We know that, for rodents, this timing is very important for optimising the window of time available for the egg to be fertilised. How the kisspeptin neurons know when to stimulate this surge is likely linked to information from the suprachiasmatic nucleus (SCN); the brain’s circadian clock.

Every system in your body, every organ, every cell, is governed in part by time. The information they receive about time can come from a number of different sources, but the unifying signal comes from the SCN. The SCN is a tiny part of the hypothalamus, which regulates hormone release from the pituitary gland.
The consistent release of the GnRH surge before the onset of activity suggests that these neurons are closely governed by timing. But how do the GnRH neurons receive information about time? The answer could be in the population of kisspeptin neurons that are known to be important in the surge, and that may be relaying information from the SCN. Richard and his team are examining whether this population of kisspeptin neurons are supplying GnRH neurons with timing information. If this is the case then disorders, like polycystic ovarian syndrome (PCOS), where ovulation is impaired may be due in part to altered communication between the circadian clock of the brain and the reproductive system.

“We think that the circadian control of this population of kisspeptin neurons might be dysregulated in pathological conditions like PCOS,” Richard says, “so we’re examining them in a PCOS mouse model.” In PCOS, pulses of GnRH are too fast. This rapid pulsing prevents proper maturation of the ovum, hinders ovulation, and causes the development of cysts in the ovaries as well as a number of other complications. Richard and his team will be examining the cellular connections between neurons of the SCN and kisspeptin neurons, and the difference in those connections in normal and PCOS mice. In order to characterise the relationship more completely, and to understand how one influences the other, Richard and his team will also be using optogenetics to stimulate potential areas of connection between the SCN and kisspeptin neurons, and examining how this plays out.

Basic science like Richard’s provides a foundation for future innovation. By examining how fertility is controlled, and expanding our understanding of how it is impaired by disorders like PCOS, Richard and his team could point other researchers and clinicians toward new treatments for infertility. Once we can understand the system, we stand a much better chance of restoring or improving its functioning.