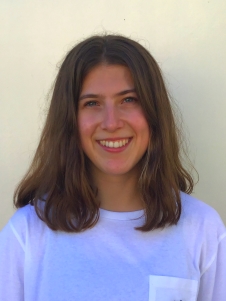 Eleni Hackwell from the Grattan Lab has been awarded a prize for the report on her summer research project on lactational infertility.

After obtaining a BSc Honours degree last year, Eleni continued with a research project as a ‘summer student‘ over the summer months of 2018/19. The project aimed to find out whether receptors for the hormone prolactin are involved in regulating the period of infertility when a mother is nursing her offspring. Specifically, Eleni investigated whether a removal of these receptors from a special group of so-called kisspeptin neurons in the brain of mice may influence the infertility. One of the key findings from her work was that indeed the lack of the receptor caused mothers to become fertile again earlier compared to control animals. This suggests that prolactin normally acts through kisspeptin neurons in the brain to sustain a period of infertility during lactation.

The quality of Eleni’s report of her findings was acknowledged by the Council of the Otago Medial Research Foundation through awarding her with the Summer Research Scholarship Renshaw Prize. In the meantime, Eleni has continued to work in the field of lactational infertility by starting as a PhD student in the Grattan Lab at the Centre for Neuroendocrinology.