Drawing on Foucault, the research shows that neo-liberalism has a varied and, at times, contradictory relationship with social media platforms. The investigation is predominantly conducted through an interrogation of the academic literature and deals with the problem of how to grasp the neo-liberal present. I focus upon Foucault’s important account of subjectivity, and consider, firstly, how this account might work in relation to neoliberalism’s dominant mechanisms, and, secondly, how this subjectivity works in the context of theorisations of social media platforms.

The introduction lays out this terrain and the matrix through which I approach the objects of my investigation. Part 1 engages with the various proponents and critics of neo-liberalism and the contribution that Foucault’s The Birth of Biopolitics lectures have made. The second part moves to identify and articulate six dominant mechanisms of the neo-liberal apparatus. These include: freedom, individualism, competition, financialization, adaptation, and accumulation. I also present a genealogy of the social media technology of power and argue that these objects are engaged in producing the neo-liberal and algorithmic subject respectively. 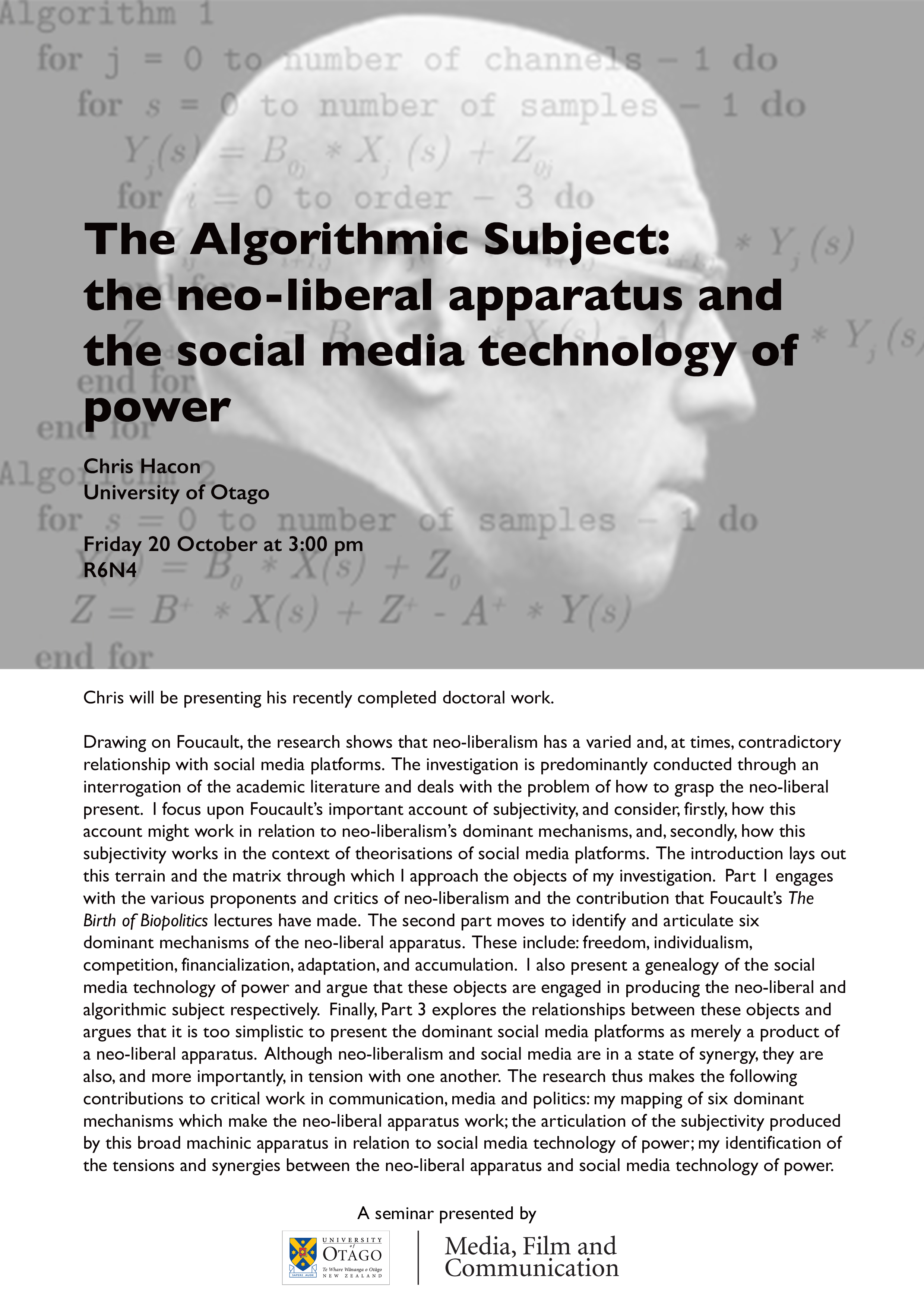