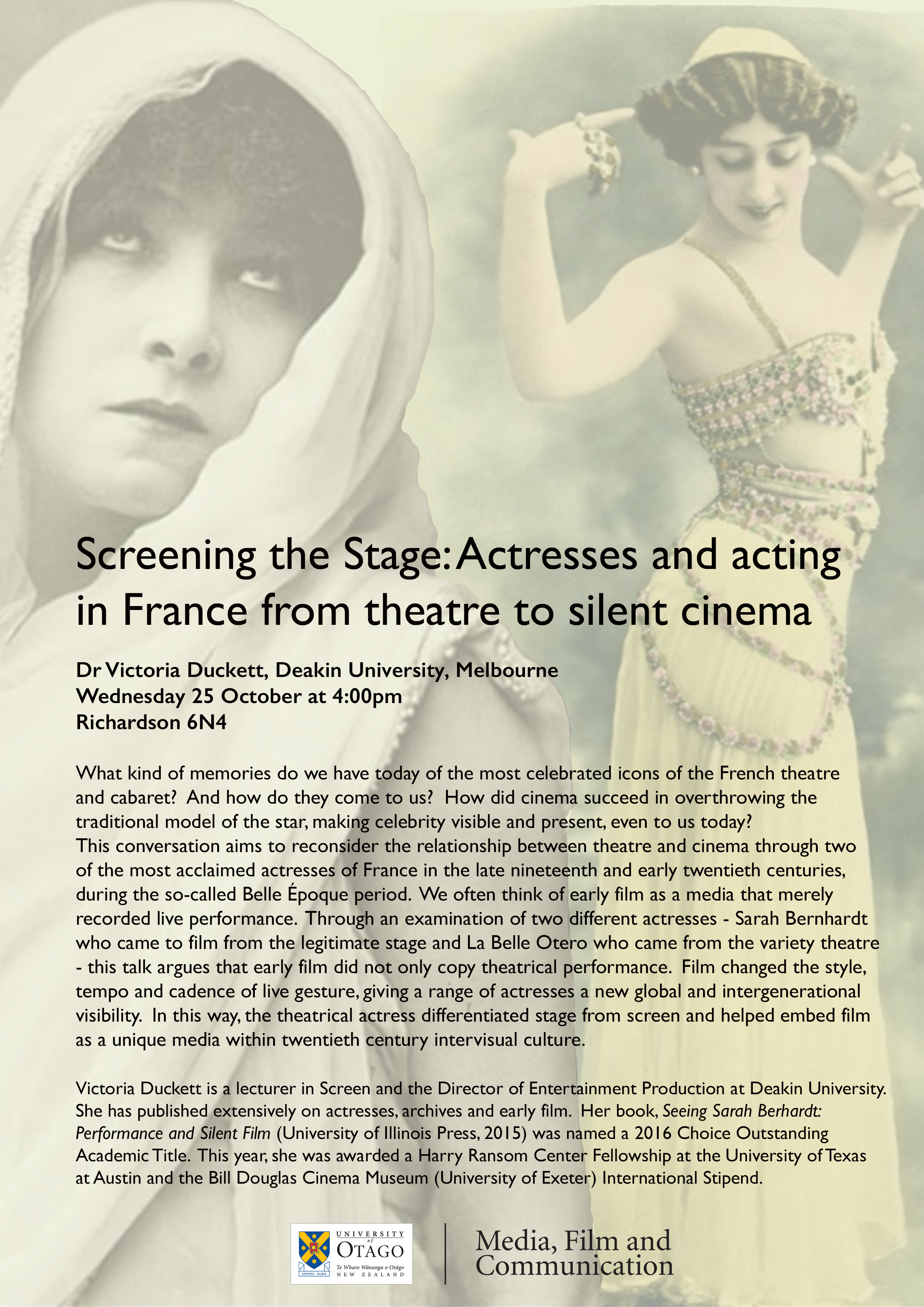 What kind of memories do we have today of the most celebrated icons of the French theatre and cabaret? And how do they come to us? How did cinema succeed in overthrowing the traditional model of the star, making celebrity visible and present, even to us today?

This conversation aims to reconsider the relationship between theatre and cinema through two of the most acclaimed actresses of France in the late nineteenth and early twentieth centuries, during the so-called Belle Époque period. We often think of early film as a media that merely recorded live theatrical performance. Through an examination of two different actresses–Sarah Bernhardt who came to film from the legitimate stage and La Belle Otero who came from the variety theatre–this talk argues that early film did not only copy theatrical performance. Film changed the style, tempo and cadence of live gesture, giving a range of actresses a new global and intergenerational visibility. In this way, the theatrical actress differentiated stage from screen and helped embed film as a unique media within twentieth century intervisual culture.

Victoria Duckett is a lecturer in Screen and the Director of Entertainment Production at Deakin University. She has published extensively on actresses, archives and early film. Her book, Seeing Sarah Bernhardt: Performance and Silent Film (University of Illinois Press, 2015) was named a 2016 Choice Outstanding Academic Title. This year, she was awarded a Harry Ransom Center Fellowship at the University of Texas at Austin and the Bill Douglas Cinema Museum (University of Exeter) International Stipend.