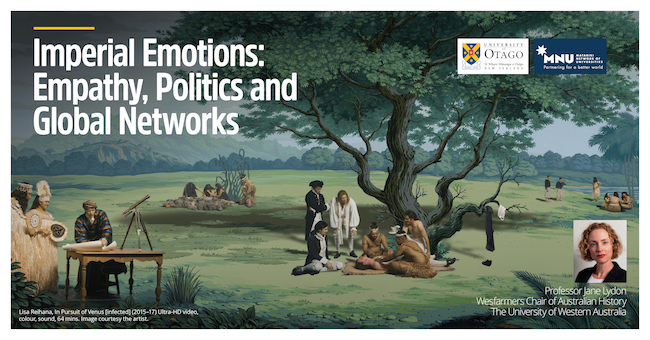 Professor Jane Lydon holds the Wesfarmers Chair in Australian History in the School of Humanities at the University of Western Australia.

She is a leading expert on Australia’s colonial past and its legacies in the present. Her research examines the ways in which popular and especially visual culture has shaped ideas and debates about race, identity and culture that persist today.

In particular, her writing has been concerned with the history of Australia’s engagement with anti-slavery, humanitarianism, indigenous rights and, ultimately, human rights. Her publications include Eye Contact: Photographing Indigenous Australians (2005); Fantastic Dreaming: The Archaeology of an Aboriginal Mission (2009); The Flash of Recognition: Photography and the Emergence of Indigenous Rights (2012); Photography, Humanitarianism, Empire (2016); and Imperial Emotions: The Politics of Empathy across the British Empire (2019).