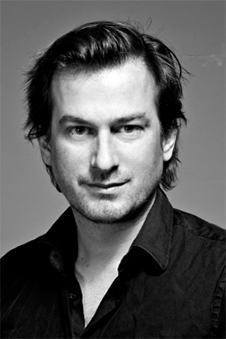 Amaury da Cunha, writer and photographer, was born in Paris in 1976.

After studies in modern literature, he went to the Arles National Superior School of Photography (ENSP) and graduated in 2000. In 2009, his first book of images and texts, Saccades, was published by Yellow Now.  Après tout was released by Caillou Bleu in November 2012, coinciding with his first personal exhibition in Paris for Photography Month. The year 2015 saw the publication of his first collection of love stories around the concept of the ‘photographic image’, Fond de l’œil, at Rouergue, as well as a third monographic book, Incidences, published by Filigranes. In March 2017, Rouergue published an autobiographical story, Histoire souterraine. Just over a year later in May 2018, the H’artpon publishing house released Demeure, a book of images accompanied by texts written by Sylvie Gracia.

In New Zealand for the next few month, he is researching information on Minnie Dean and following her steps in the region.

The Randell Cottage Writers Trust was established in 2001. The restored Thorndon cottage, one of Wellington’s ten oldest buildings, was gifted to the trust by the Price family and hosts two writers a year; one from New Zealand and the other from France.

All are welcome.  5pm, Wednesday 25 March, Castle C seminar room (ground floor on the south eastern side of the Castle Theatre Complex, adjacent to the River Leith).