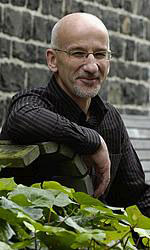 People with anxious personalities are more likely to have poor oral health, including decayed or missing teeth, a University of Otago study has found.

A recent study, published in Community Dentistry and Oral Epidemiology, looked at the anxiety levels of 1037 participants aged 15 to 32 in the long-running Dunedin Multidisciplinary Health and Development Study and identified about one quarter of the group who were dentally anxious.

Split into three groups, they had always been dentally anxious (stable anxious); or had developed dental anxiety later as adolescents (adolescent-onset anxious), or as adults (adult- onset anxious).

Those with dental anxiety were more than just people who visit the dentist with a feeling of trepidation as the dentist looms over them with drill in hand; they were so frightened at the prospect of visiting a dentist or having dental procedures that they would avoid the dentist altogether - until the problem became so serious that treatment could no longer be avoided.

Researchers, led by Professor Murray Thomson, of the University's Department of Oral Sciences, probed deeper into the characteristics of these anxious groups and found that they tended to be "the glass-half-empty" personality type - people who, as a rule, would be anxious about other things, such as heights. Some in this group were also anxious due to bad dental experiences in the past.

"Usually, these people become more and more anxious through a vicious cycle of avoiding the dentist to the point where their dental condition becomes much worse," he says.

"They then require more unpleasant treatment options such as lancing an abscess, root canal treatment or a tooth extraction; and this reinforces their dental anxiety and makes it even less likely that they will attend the dentist next time they have a problem."

As a consequence, people who are dentally anxious end up with more tooth decay and more missing teeth than those who are not.

This was reflected in tooth decay statistics which showed that non-anxious people would have about 13 decayed, missing or filled tooth surfaces by the age of 32, whereas the stable anxious group would have almost double that - 22 surfaces affected by tooth decay - by 32.

The biggest surprise was the appearance during the study of a 'recovery' group, which had been dentally anxious at age 15, but had ceased to be so by the age of 32.

"We only had 13 respondents in this group, which is too small to study, but we would like to do more work in this area to find out what makes people cease to be anxious," he says.

Professor Thomson says the study has implications for the dentistry profession and for the public.

"This gives the dental profession a good understanding of what makes people dentally anxious, and to be mindful that some people can grow out of it," he says.

"For the public, it's useful to know that, if you take the path of least resistance and avoid dental care, then in the end you will be worse off, not only dentally but also in terms of appearance, social interactions and your quality of life."

This reinforces previous findings from the Dunedin Multidisciplinary Study which show that poor oral health can lead to compromised quality of life and other health-related problems.