The University of Otago, as part of its commitment to fostering the arts in New Zealand, today announced its five arts fellowships for 2011.

Announcing the fellowships and writer in residence, University Vice-Chancellor Professor David Skegg says the University is proud to host such a talented group of arts fellows, who will spend up to one year immersed in their work at Otago.

“Once again the standard of applicants was excellent and we are delighted with the recipients – all of whom are highly talented in their fields,” he says. 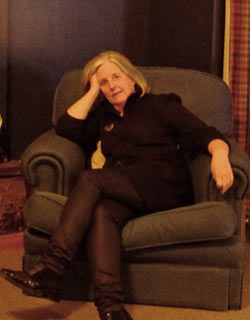 Robert Burns Fellow Fiona Farrell says she is “grateful to the Burns committee” for their confidence in her writing.

“I was thrilled to bits. I know that the Burns is highly contested so it was fantastic to receive the news,” she says.

“The fellowship is particularly desirable. It is New Zealand’s oldest writing award, the one that even non-writers will have heard of, and it comes weighted with an impressive tradition.”

With her critically-acclaimed novel Limestone, Ms Farrell was recently a finalist in the NZ Post Fiction award, 2010. The book has also been nominated for an international IMPAC Dublin Literary Award.

Ms Farrell has had a long and fruitful career as a writer, and has been nominated for and received numerous national and international awards and fellowships over the past 28 years. 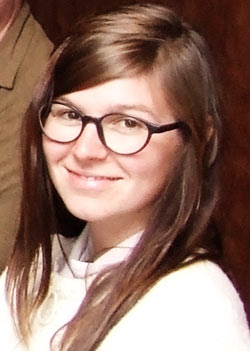 Frances Hodgkins Fellow, artist Kushana Bush says she is excited to be given the opportunity to further her creativity at the University.

“The residency will be a rare opportunity to have time and space for research, reflection and experimentation. The residency’s financial assistance and supplied studio space will provide me with a nourishing year to test limits, build on new ideas and imagery, and a space for hard work,” she says.

Miss Bush, who has held regular exhibitions of her work around New Zealand since 2004, is a graduate of the Otago Polytechnic School of Art.

In 2009, she was granted the Arts Centre/Asia New Zealand Foundation’s Arts Residency Exchange in Seoul, Korea. In that year, she also won the Art and Australasia Award.

Currently Miss Bush is exhibiting her work at public exhibitions in the City Gallery, Wellington and the New Dowse in Lower Hutt. 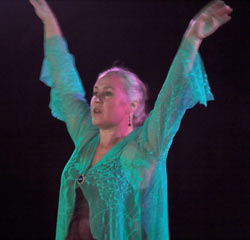 Caroline Plummer Dance Fellow Lyne Pringle, who has been a prolific performer, tutor and choreographer since 1979, says she is excited at the opportunity to collaborate with the Dunedin community on a dance project.

“This fellowship and the provocation that it offers for dance to enhance a sense of community has been an invaluable addition to the dance industry in New Zealand. It offers me a very important next step in my career as a dance artist,” she says.

“I am grateful for the fellowship’s vision that dance might inspire education, healing, and peace in our community.”

Ms Pringle has been part of the development of contemporary dance in New Zealand since the late 1970s, and says she is “committed to the ongoing development of the art form in this country.” 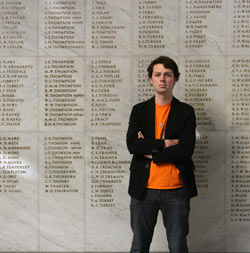 Mozart Fellow Christopher Adams aims to continue the work he began as the 2010 Mozart Fellow working in the University of Otago’s Department of Music. The Mozart Fellowship is one of the “few opportunities” nationally that enable a person to focus entirely on composing music without limitations.

“I am incredibly excited to be able to continue to work in Dunedin next year. The Music Department is vibrant and friendly and is an ideal place to do creative work. It allows me to continue the work that I have done this year and engage in a range of new projects,” he says.

“This year has been incredibly productive and I have had the pleasure of working with a number of fantastic musicians.” 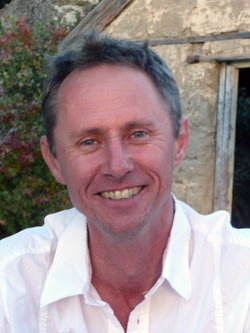 The Writer in Residence, who was also a winner at the 2010 NZ Post Book Awards for his children’s book Old Hu-hu, Kyle Mewburn, of Millers Flat, was “jubilant” when he heard the news of his selection. He plans to begin his six-month residency in February.

“I’m hoping to make the most of Dunedin’s autumn working on my project, which is about one teen’s on-line presence causing chaos, but also providing valuable, life-changing lessons in the process,” he says.

As well as the NZ Post Children’s Book of the Year Award, Mr Mewburn this year received a major international award – the Flicker Tale Children’s Choice Award in the US – for his book Kiss!Kiss!Yuck!Yuck!.

Charles Brasch, who did much to establish the Fellowship, once wrote: “Part of a university's proper business is to act as nurse to the arts, or, more exactly, to the imagination as it expresses itself in the arts and sciences. Imagination may flourish anywhere. But it should flourish as a matter of course in the university, for it is only through imaginative thinking that society grows, materially and intellectually.” (Landfall, March 1959).

The Caroline Plummer Fellowship in Community Dance was established in 2003 and honours Caroline Plummer (1978-2003). Caroline completed a Bachelor of Arts in Anthropology and a Diploma for Graduates in Dance, and was awarded the University of Otago Prestige Scholarship in Arts. The Fellowship acknowledges Caroline's passion for dance and her vision for community dance in New Zealand. It was made possible by a Memorial Trust set up by her parents.