Five leading University of Otago researchers have been recognised for their outstanding work through the presentation of prestigious awards at the Royal Society of New Zealand 2010 Research Honours event last night.

The country’s highest science and technology honour, the Rutherford Medal, was awarded to internationally renowned molecular biologist Professor Warren Tate of Otago’s Department of Biochemistry for his outstanding achievements in molecular biology and molecular neuroscience (visit the media release regarding his honour).

The top award for achievement in technology, the Pickering Medal, was awarded to Department of Microbiology & Immunology Head Professor Frank Griffin for his contribution to work in developing diagnostics tests for detecting two major bacterial diseases of New Zealand deer, and a vaccine for the prevention of Yersiniosis in deer. These products and services are estimated to have saved the deer industry between $80-90 million worth of production that would otherwise have been lost to these diseases.

One of the two latest recipients of the Dame Joan Metge Medal is Professor Richie Poulton, Director of Dunedin Multidisciplinary Health and Development Research Unit. The medal is awarded for excellence and building relationships in the social science research community. Professor Poulton leads one of the most successful and highly cited longitudinal studies of health and development in the world. The study continues to follow the progress of more than 1000 people born in Dunedin in 1972-3 and is providing substantial contributions to new knowledge.

The three medals are awarded by the Royal Society of New Zealand.

Department of Pathology Clinical Geneticist Professor Stephen Robertson, who holds the Cure Kids Chair in Child Health Research, received the Liley Medal, which recognises research that has made an outstanding contribution to health and medical sciences. This medal is awarded by the Health Research Council of New Zealand.

Professor Keith Gordon of the Department of Chemistry and the MacDiarmid Institute for Advanced Materials and Nanotechnology received the 2010 NZIC Maurice Wilkins Centre Prize for Chemical Science for a significant contribution to chemistry. This prize is awarded by the New Zealand Institute of Chemistry.

Otago recipients’ citations and details of their work:

Citation: Awarded to Warren Perry Tate for outstanding scientific achievements in molecular biology and molecular neuroscience, for enthusiastic support and mentoring of young researchers, for tireless contributions to science policy and funding at national and international levels, and for public outreach with respect to molecular science.

Description of work: Professor Warren Tate, of the University of Otago, is an outstanding molecular biologist of great international repute who has made groundbreaking discoveries regarding the mechanisms by which proteins are synthesized in living cells. He has revealed how these mechanisms are altered in diseases such as HIV-1, and how proteins, once made, can contribute to memory formation and neurological disease. In addition, he has devoted enormous energy to university teaching, to the training of budding researchers, and to science policy and funding, both nationally and internationally. Professor Tate is recognised by his peers as one of New Zealand’s most eminent scientists.

Citation: Awarded to John Francis Thomas Griffin for the provision of diagnostic tests for the detection of two major bacterial diseases of New Zealand deer, Bovine Tuberculosis and Johne’s disease and a vaccine for the prevention of Yersiniosis in deer.

Description of work: For three decades Professor Griffin has led an Otago University based research team devoted to solving animal health problems in the deer industry. This award recognises the diagnostic tests and vaccine developed by Professor Frank Griffin and his team for the detection and prevention of the three major bacterial diseases of New Zealand deer, Tuberculosis, Yersiniosis and Johne’s disease. These products and services are estimated to have saved the deer industry between a conservative $80m and $90m of production that would otherwise have been lost to these diseases.

Tuberculosis – Professor Griffin has inspired and led a group which has developed a series of diagnostic tests for tuberculosis in deer that are more sensitive and specific than the skin test used to screen deer. These tests have been available for farmers since 1990 and have helped reduce the incidence of the disease to very low levels in New Zealand deer.

Yersiniosis - The vaccine to protect young deer from Yersiniosis, was developed by Professor Griffin in collaboration with Dr Colin Mackintosh and Dr Bryce Buddle of AgResearch. The vaccine was registered in 1992 and its usage has eliminated the disease as a major economic constraint to production for farmers. Before the introduction of this vaccine, some deer farmers would lose up to 20 percent of young stock. With this vaccination programme they are protected for life.

Johne’s disease - In the last decade Johne’s disease has become the largest single constraint to increased productivity in the national deer herd. The development by Professor Griffin’s lab of a series of tests means infected animals can be identified early and removed from the herd. His work has found that some strains of deer are more susceptible than others to Johne’s disease and the current focus of his work is to find the reasons for this, with the aim of culling susceptible animals from breeding and developing a more disease resistant national deer herd.

Professor Griffin is widely sought after internationally for his advice on livestock diseases and their control and is very highly regarded by the deer industry in New Zealand. His expertise has even been sought by the Kruger National Park in South Africa, famous for its lion population, to help combat the spread of bovine tuberculosis from buffalo to lions and other wildlife species in the park. Since 1989 he has been a consultant to the Royal Saudi Arabian Wildlife Commission, for the control of tuberculosis in Arabian oryx and gazelles. 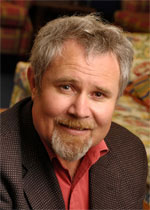 Citation: Awarded to Richie Graham Poulton for his influential and far-reaching achievements and capability contributions to the internationally recognised University of Otago longitudinal study of human health and development.

Description of work: Professor Richie Poulton has been the Director of Dunedin Multidisciplinary Health and Development Research Unit at the University of Otago since 2000. This research unit has been following the health and development of the 1037 babies born in Dunedin during 1972/73. Known as the Dunedin Study, it is one of the most detailed studies of human health and development ever undertaken. The participants, who are now 38 years old, have been followed up since birth, at age three, then every two years to age 15, at ages 18, 21, 26, and 32. They are being followed up this year.

During his 10-year term as director of the Dunedin Study, Professor Poulton has been actively involved in building capacity and mentoring. He has helped more than 300 researchers to publish peer-reviewed journal articles, monographs or chapters in books, and has supervised a large number of post-graduate students.

The hallmark feature of the Dunedin Study is its extremely high retention rate. In his role as director, Professor Poulton devotes a great deal of time and effort into maintaining good relationships with study participants. During the last collection phase in 2005-5, 96 percent of living study members took part in the research. The research outputs of the Dunedin Study have made a substantial contribution to new knowledge with more than 1100 publications to date, with many of these published in the world’s leading journals.

Citation: The award recognises a contribution to health and medical sciences by Professor Stephen Robertson of the University of Otago, in the field of human genetics.

His research, published in the journal Nature Genetics, is the first to seriously question current dogma that germline mutations in a tumour suppressor gene predispose to cancer. Professor Robertson has shown that the same genetic event, separated by only space and time, can have dramatically different outcomes. In this case, that being born with a mutation in the cancer gene WTX does not result in the childhood kidney cancer Wilms tumour, whereas acquired mutation in WTX is known to be associated with tumour formation.

This research demonstrates the critical nature of developmental timing of key genetic events and will encourage new ways of thinking about cancer.

Citation: Professor Gordon, working for the MacDiarmid Institute and the University of Otago, has made significant contributions to chemical science. His work is in the field of molecular electronic materials particularly analysing their design, understanding their electronic properties, and their development. He has developed methods to understand and predict the electronic properties of high molecular weight materials which has led to a number of important research findings. A highlight was in 2006 when Professor Gordon’s work on electroluminescent materials featured on the cover of the international chemistry journal Angewandte Chemie.