Rising ocean temperatures are driving deterioration of kelp forests worldwide, but a University of Otago study hopes to help turn the tide and restore the valuable habitats.

Kelp forests are one of the most diverse and productive natural ecosystems on the planet, but in the past 50 to 100 years significant swaths have been lost and many of the remaining systems show a declining trajectory.

Researchers in Otago’s Coastal People: Southern Skies Centre of Research Excellence are undertaking a project into what is driving current declines of giant kelp in Aotearoa New Zealand.

The kelp is found from the bottom of the North Island down to the subantarctic islands and is a key habitat for many culturally, recreationally, and commercially important species such as pāua and kōura (crayfish).

In a study, just published in international journal PLoS ONE, the group aimed to understand the effects of increasing temperature on the early developmental stages of the kelp. 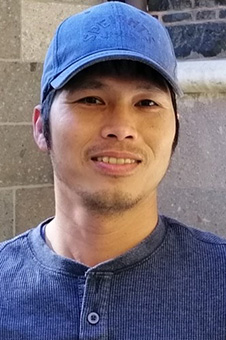 Lead author Duong Le, PhD candidate in the Department of Marine Science, says, while increasing sea temperatures are known to be behind the decline, the particular mechanisms driving the loss are not well understood.

The researchers found higher temperatures stimulated greater spore release during the process of sporulation. However, spore settlement, germination, and germ-tube length were negatively impacted by increased temperature and significantly declined above 23.8˚C, 21.7˚C, and 19.8˚C, respectively.

“This study highlights the vulnerability of early life stages of giant kelp development and helps us better understand past changes and the future trajectory of kelp forest ecosystems in Aotearoa,” he says.

Co-author Dr Matthew Desmond, also of the Department of Marine Science, says this is the first study to measure the thermal threshold of spore and germling life stages of giant kelp. 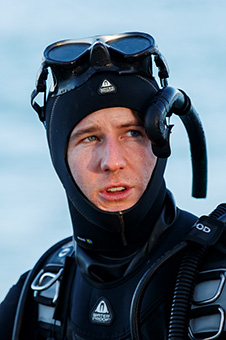 “This information is key for making predictions of how such a valuable ecosystem engineer will perform in decades to come.

“This piece of work adds to our wider understanding of this species and aids our attempts to help protect and rebuild it.”

The researchers hope their work will motivate people to take an interest in the changes to natural environments going on around them and seek to understand what might be driving them, specifically issues around climate change and warming oceans.

This ongoing research was funded through an MBIE Smart Ideas grant; an Otago University PhD scholarship to Duong Le; and by Otago’s Coastal People: Southern Skies Centre of Research Excellence.