All organisations targeted in coroners’ findings – whether public or private - should be required to respond within three months, and the responses made public, a major University of Otago review of the coronial system has recommended.

But this key recommendation of the most comprehensive study ever done of New Zealand’s coronial system is absent from the Government’s proposals for reforming the coronial system.

“We argue that the Coroners Act 2006 should be amended to include a mandatory response regime. The Government’s review - which excludes this proposal - is inconsistent with the empirical evidence,” study co-author Dr Jennifer Moore says.

“It is disappointing that the current government does not wish to adequately consider whether the lack of mandatory follow-up to coronial recommendations limits coroners’ ability to put preventive principles into practice.” 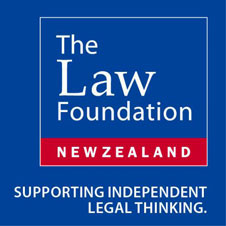 Starting in mid-2012, the study reviewed all coroners’ findings and recommendations between 1 July 2007 – 30 June 2012, and 79 agencies and organisations were interviewed to determine how much notice they take of the findings.

The final report finds that a mandatory response regime would be a “significant and revolutionary step,” but and would need to be accompanied by other reforms to improve the quality of coroners’ recommendations. Factors like untargeted recommendations, under-resourcing and poor access to full coronial findings were also limiting the effectiveness of recommendations.

The study is the first to produce data on the implementation rates of coroners’ recommendations, finding that acceptance rates are “greater than some commentators might expect.”

Successful changes like the installation of a median barrier on the Centennial Highway north of Wellington, lowering the speed limit in central Wellington, and improved infant sleeping practices, showed that coroners’ recommendations – or simply publicity about inquests – can lead to positive change or prevention strategies, the report says.

But despite these and other successes, organisations interviewed for the study felt that the preventative potential of coroners’ recommendations was not being realised.

One problem is under-reporting: “without official law reports or easy access to full coronial findings online, coroners are unable to fulfil their preventative function. Without adequate reporting systems, coroners are hindered from gathering previous cases which would help them to discern patterns.”

Also, Coroners’ recommendations should be based closely on the evidence before them: “Coronial findings must be written so that the connections between recommendations and evidence are clear.”

A mandatory response regime, as exists in some other countries, would help ensure that organisations meaningfully consider and respond to coroners’ recommendations, the report says.

Evidence indicates that both public and private organisations should be required to respond to coroners’ recommendations directed at them, within three months, with extensions possible where complex policy matters are involved.

“Responses should be published online in full on the Ministry of Justice website, and the Chief Coroner should collate and consolidate all agencies’ responses in summary reports, commenting on the adequacy of these responses and/or identifying those agencies that fail to respond.”

The New Zealand Law Foundation fully funded the coronial research project, at a cost of $138,000.

The Law Foundation is an independent charitable trust that supports research and education on legal issues.