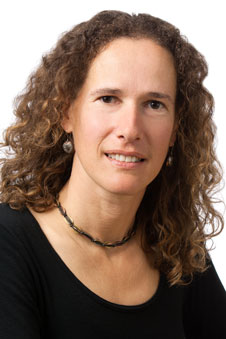 Regular physical activity improves brain function even in young adults considered in their prime and at the height of cognitive ability, according to a new University of Otago study.

A body of research already exists showing aerobic exercise improves brain function in older adults, but there is a limited amount of literature on how it affects young adults.

The Otago researchers, led by Department of Psychology Senior Lecturer Dr Liana Machado, set out to test the oft-held belief that the brains of young adults in their prime might not benefit as much as older people from regular sustained exercise.

They took 52 tertiary students, aged from 18 to 30, and put them through a series of cognitive tests on a computer while measuring oxygen availability in the frontal lobe of their brains, as well as their self-reported exercise frequency.

Dr Machado says their “surprising” findings, just published online in the journal Psychophysiology, show that both blood supply to the brain and cognitive functioning appear to benefit from regular exercise in young adults.

“This provides compelling evidence that regular exercise, at least 5 days per week, is a way to sharpen our cognitive ability as young adults – challenging the assumption that living a sedentary lifestyle leads to problems only later in life,” she says.

The research also provides potential insight into understanding why people who regularly engage in aerobic exercise tend to function better on a cognitive level.

“I think the idea that young people do not have to worry about exercising since they are in their prime developmentally is rapidly being overturned by mounting evidence that even the brains of young adults can benefit from regular exercise,” she says.

“The exercise could involve brisk walking or more vigorous activity, and could be made up of a few 10 minute bouts of exercise, rather than one single block of exercise,” she says.

The researchers also found that body mass index was not a key factor in how well the brain functioned, indicating that regular engagement in physical activity may be more important than body weight.

Dr Machado says she had noticed over the years that university students appeared progressively less fit.

“I wondered whether we might find significant relationships between exercise levels, oxygen availability in the brain, and cognition in the young adults, but no studies had considered this in healthy young adults.”

These findings come at a time of increased scientific focus on links between exercise and cognitive health in older adults. A recent paper in Neurobiology of Aging by Miranka Wirth and colleagues at the University of California in Berkeley indicates that exercise is an important factor in combating brain deterioration among aging adults.