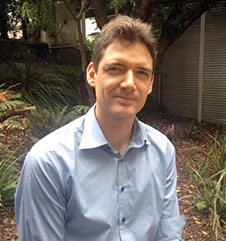 Dr Alexander Tups
Centre for Neuroendocrinology and Department of Physiology

Using an antioxidant to reverse inflammation in the brain caused by a high-fat diet greatly improves symptoms related to obesity and type II diabetes, a new University of Otago-led study suggests.

The research, which appears in the leading international journal Diabetes, was led by Dr Alex Tups of the University’s Centre for Neuroendocrinology and Department of Physiology.

In their research the team blocked a particular inflammatory signalling pathway (IKKβ/NF-κB) in the brains of obese mice. The researchers studied both mice that were obese due to a deficiency in the satiety hormone leptin and others due to a high-fat diet.

The scientists administered butein to the mice to block the signalling pathway, which is involved in the body’s inflammatory immune responses. Butein is a flavonoid derived from plants traditionally used in Chinese herbal medicine.

Dr Tups says the team found that administering butein either directly into the brain or orally greatly improved glucose tolerance and brain insulin signalling in both types of obese mice.

“We also showed that this profound effect was dose-dependent with better glucose tolerance achieved through higher doses of butein,” Dr Tups says.

The improved glucose tolerance of high-fat diet mice treated with the antioxidant was such that no difference was noticeable between them and low fat-diet mice that had not received butein.

To confirm that activation of the IKKβ/NF-κB pathway plays a central role in metabolic obesity symptoms, the researchers also used a gene therapy technique to inhibit it in neurons in the hypothalamus.

Dr Tups says the study adds to growing body of evidence that a diet high in saturated fats activates a cascade of inflammatory processes in the brain which impair leptin and insulin signalling, leading to obesity and type II diabetes.

“Our findings strongly support this idea and we also show that reversing this inflammation promotes a return towards normal metabolic functioning,” he says.

The research suggests that butein and other natural compounds that block inflammation in the brain should be vigorously investigated as novel anti-diabetic treatments, he says.