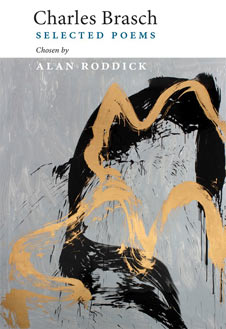 Charles Brasch (1909 –1973) was a leading poet of his generation and a pre-eminent figure in the development of the arts in New Zealand, yet his poetry has been out of print for over 30 years. Otago University Press has rectified this with the publication of the first-ever selected edition of Brasch’s poetry, Charles Brasch: Selected poems, chosen by Alan Roddick.

‘For this Selected Poems, I have chosen poems that seem both to have lasted well, and to illustrate Brasch’s growth as a poet who still speaks, I believe, to a younger generation of readers,’ says Alan Roddick, Literary Executor of the Estate of Charles Brasch.

Together with poets like R.A.K. Mason and A.R.D. Fairburn, Charles Brasch was part of a formative generation: influenced by modernists such as Yeats, Pound, Eliot, Auden (and, in the case of Brasch, Robert Graves) they consciously sought New Zealand subjects. It was the generation that created the first distinctly modern New Zealand poetry.

Brasch’s early poems vividly evoke the land, wedding human to place and time. From a preoccupation with nationhood his work moved to encompass broader and more personal concerns. The patrician tone gave way to formal ease and a direct, pared-down style in poems that evoke friendship, celebrate physical love and examine the ageing self. It was a quiet and profound liberation.

Brasch felt himself to be first and foremost a poet, but the ‘public man’ has often overshadowed consideration of his poetry. His empathy with writers struggling to support themselves was apparent in his patronage, most especially in the establishment of the Robert Burns Fellowship. He also founded what is now New Zealand’s longest-running literary journal, Landfall, and was influential as editor of that journal for 20 years.

This beautiful cased edition offers readers an opportunity to come back to the poems and to engage with the work of one of New Zealand’s most distinctive and gifted poets. ‘Clear, accurate observation and disciplined thinking are Brasch’s hallmark,’ says Alan Roddick. ‘His poetry continues to resonate with writers and non-writers alike; new readers will find much to engage with.