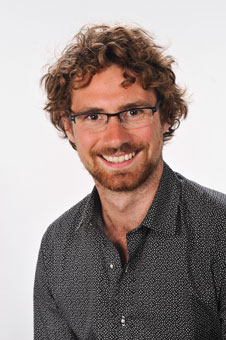 Changes to the Earth’s oceans, caused by extreme volcanic activity, triggered the greatest extinction of all time, according to new findings by an international research team that includes a University of Otago scientist.

The event, which took place 252 million years ago, is known as the ‘Great Dying’ and wiped out more than 90 per cent of marine species and more than two-thirds of the animals living on land.

It happened when Earth’s oceans absorbed huge amounts of carbon dioxide from volcanic eruptions, the researchers say. This changed the chemical composition of the oceans – making them more acidic – with catastrophic consequences for life on Earth.

The study, co-ordinated by University of Otago Department of Chemistry postdoctoral fellow Dr Matthew Clarkson while a PhD student at the University of Edinburgh, is the first to show that highly acidic oceans were to blame.

Dr Clarkson and the team say the findings are helping scientists understand the threat posed to marine life by modern-day ocean acidification. The amount of carbon added to the atmosphere that triggered the mass extinction was probably greater than today’s fossil fuel reserves.

However, the carbon was released at a rate similar to modern emissions. This fast rate of release was a critical factor driving ocean acidification, the team found.

The Permian-Triassic Boundary extinction took place over a 60,000 year period and ocean acidification event lasted for around 10,000 years.

Ocean acidification was the driving force behind the deadliest phase of the extinction, which dealt a final blow to an already unstable ecosystem, the researchers say. Increased temperatures and widespread loss of oxygen in the oceans had already put the environment under pressure.

Oceans can absorb some carbon dioxide but the large volume released – at such a fast rate – changed the chemistry of the oceans, the team says.

The mass extinction of both marine and land-based animals demonstrates that extreme change took place in all of Earth’s ecosystems, they say.

The team analysed rocks unearthed in the United Arab Emirates – which were on the ocean floor at the time – to develop a climate model to work out what drove the extinction. The rocks preserve a detailed record of changing oceanic conditions at the time.

Funding for the study was provided by the the International Centre for Carbonate Reservoirs, Natural Environmental Research Council, Leverhulme Trust, German Research Foundation and the Marsden Fund of New Zealand.

Dr Clarkson says: “Scientists have long suspected that an ocean acidification event occurred during the greatest mass extinction of all time, but direct evidence has been lacking until now. This is a worrying finding, considering that we can already see an increase in ocean acidity today that is the result of human carbon emissions.”

Professor Rachel Wood, of the University of Edinburgh’s School of GeoSciences, says: “This work was highly collaborative and the results were only possible because we assembled a unique team of geochemists, geologists and modellers to tackle an important and long-standing problem.”