High rate of harassment of our MPs, their staff and families 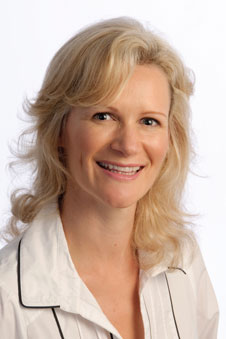 Harassment of New Zealand politicians, their families and staff is ‘common and concerning’, according to new Otago University research.

Researchers from the University of Otago and the Capital & Coast District Health Board (CCDHB) surveyed New Zealand Members of Parliament (MPs) in April last year. Of the 121 politicians who were asked to fill in the anonymous survey eighty-four per cent or 102 politicians responded.

Eighty-seven percent of those politicians reported being targeted by unwanted harassment, which ranged from disturbing communication to actual physical violence.

The majority of MPs described being harassed in many different ways and on multiple occasions. Thirty-one percent reported having had their property damaged. This included attacks on their homes, including having a bullet or a brick bullet thrown through their window and a caravan being set on fire. 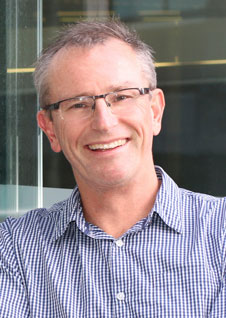 Half of MPs had been personally approached by their harassers, 48 percent had been directly threatened, and 15 percent had been attacked. Some of the incidents involved weapons such as guns, Molotov cocktails and blunt instruments.

The research, by Dr Susanna Every-Palmer, from the Department of Psychological Medicine at the University of Otago, Wellington, and Dr Justin Barry-Walsh, a consultant forensic psychiatrist at Te Korowai-Whāriki, Capital & Coast District Health Board, and Michele Pathé, a forensic psychiatrist from Queensland Forensic Mental Health Service, was conducted to ascertain the frequency, nature and effects of unwanted harassment of politicians in New Zealand and the possible role of mental illness in the harassment.

Dr Every-Palmer says she was surprised by the extent of the harassment and about how pervasive it was.

“Politicians were often confronted in the community, particularly at their private homes and I think that we had not thought enough about the effect this might have on their families and staff.
“What we found was the politicians were quite resilient themselves about being harassed but were much more likely to be distressed if it was their family or a member of their staff who was targeted,” she says.

The researchers found that although the politicians were resilient, it did have an impact. Sixty per cent reported they felt a degree of fearfulness and as a result of the harassment twelve per cent had either reduced the number of social outings or felt concerned about going out in public. Half of the MPs who responded reported that their families had experienced some degree of fear and eighty per cent reported fearfulness in their staff as a result of harassment.

Dr Justin Barry-Walsh says cyberstalking and other forms of online harassment were common and politicians felt they and their families had become more exposed as a result of the internet.

“They reported that they had suffered psychological or reputational damage because someone had impersonated them online, or posted offensive material relating to them. Online death and rape threats were reported and online harassment often extended into the MPs’ private lives, with family members targeted, he says.

“Some described frustration that online anonymity and the current legal framework meant internet stalking was hard to combat.”

One of the politicians wrote: ‘“Harassment through social media pages is not illegal even when it is sexual comment about my 15-year-old daughter and photos of her or my partner taken without consent.”’

“I think New Zealand MPs are a lot more accessible than other countries, says Dr Barry-Walsh. “From talking with politicians they clearly treasure being available, but it is coming at a considerable cost. It’s a small place, people know where their local MPs live,” he says.

“While politicians are at greater risk of being hurt by fixated individuals than by terrorists, the evidence shows these fixated people are more likely to act out against someone close to them such as a member of their family or local community” she says.

The researchers would like to see a forensic threat service established in New Zealand, based on the model used in the UK, to monitor correspondence sent to the Royal family and politicians.

“We believe the results of the survey show there is a need for something like this, in New Zealand it is currently done in an ad hoc way,” says Dr Barry-Walsh.

The study was supported by Parliamentary Services and the New Zealand Police, the Party Whips and the Speaker of the House.