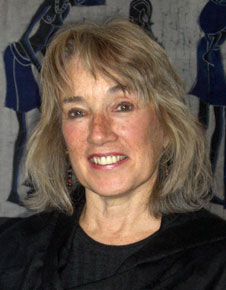 New Zealand should be one of the safest places in the world to give birth with maternity statistics that are as good as or better than most other countries, says Professor Stacie Geller, an international maternal morbidity and mortality expert.

Dr Geller’s comments are in response to the Save the Children’s annual State of the World’s Mothers report that shows New Zealand trails eight places behind ninth-ranked Australia for maternal health. The report, released this month, assessed and ranked the well-being of mothers and children in 179 countries using the latest data on health, education, economics and female political participation.

“The best countries to have a baby are Norway, Finland and Iceland but their healthcare models are not fundamentally different than yours. You should be in the top ten,” says Dr Geller.

Dr Geller, who is Professor of obstetrics and gynecology, and Director of the Center for Research on Women and Gender College of Medicine, at the University of Illinois, Chicago, is in Wellington working on maternity research that is being led by the University of Otago’s Women’s Health Research Centre.

In reviews of women with severe maternal morbidity in New Zealand some of the barriers women faced when accessing maternity care included not having access to good quality maternity services, she says.

Dr Geller says: “we see inequities in America all the time. Theoretically in most states women have access to good quality maternity care but our health outcomes couldn’t be more different. Black women in the US are four to five times more likely to die during childbirth. That is because we know access to quality care is based on who you are and where you live. New Zealand may be facing some similar inequities.”

Dr Geller is a co-author of a University of Otago study published last year that showed as many as 40% of cases where pregnant women were admitted to intensive care units due to severe illness were potentially preventable.

Lead researcher Dr Bev Lawton, from the University’s Women’s Health Research Centre (WHRC), based in Wellington, says the most common causes of preventable severe illness in pregnancy were blood loss and septicemia, and the most frequent preventable factors were clinician related.

Clinician related factors were most often a failure to recognise a woman’s high risk status, and delayed or inappropriate treatment, she says.

Dr Lawton and Dr Geller, and other members of the research team, are working on the next phase of the Severe Acute Maternal Morbidity project (SAMM), which will measure severe acute maternal morbidity rates nationally, and explore changes to clinical behaviour and systems to reduce harm.

Looking at these cases and finding solutions to the inadequacies will not only improve the quality of care of similar cases, but also the care of other patients in the maternity system, says Dr Lawton.

Dr Geller is an award-winning health services researcher and epidemiologist with expertise in women’s health issues, complementary and alternative medicine, and maternal mortality and morbidity, and has published extensively in these areas. Among her achievements is the development of an innovative model for early identification of high-risk pregnant women that has garnered global attention. Her work includes extensive international collaborations, including her involvement with our Centre for the last five years. She works closely with the University of Otago’s Women’s Health Research Centre (WHRC), sharing her international expertise in maternal morbidity and mortality.