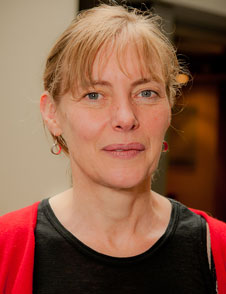 Women with near-fatal illnesses during pregnancy have been leaving New Zealand hospitals without the contraception that could prevent future serious harm to their health, a study by University of Otago, Wellington, has found.

Study author Dr Jane MacDonald, a senior research fellow with Women’s Health Research Centre, Department of Primary Care, says a retrospective audit of the medical notes of 98 women who had experienced severe acute maternal morbidity (SAMM) showed that a high number, nearly 86% (84), were discharged from hospital without a prescription for contraception. Failure to ensure these women had contraception before they left hospital was termed “substandard care.”

Of the 14 women who did have contraception documented on discharge from hospital, seven had received procedures that meant they could not become pregnant again, one had been given a contraceptive implant, one woman’s partner had a vasectomy booked, and another five had condom prescriptions.

The study, just published in Contraception, an international peer reviewed journal, focused on women with SAMM that were admitted to four New Zealand District Health Boards during a 17-month period between 2011 and 2012.

Medical emergencies that affected these women included severe haemorrhage, toxemia of pregnancy, heart disease, ectopic pregnancy, and severe infection. They all needed one to one nursing, and were admitted to high-dependency units or intensive care.

“The cases I looked at had experienced severe illness and needed time to recover from illness/operations as well as the pregnancy itself, and also had a new baby who might also be unwell, or premature – or they had a stillbirth to come to terms with,” she says.

“Any unplanned pregnancy can be stressful, but presumably more so if you are recovering from major illness, an operation, serious infection, or anaemia. In these circumstances, having another unplanned pregnancy means the woman may be more likely to suffer illness again, such as in post-partum haemorrhage cases, or she faces having to choose a termination, and if proceeding with the pregnancy, may die. In certain circumstances where women have pre-existing severe medical conditions, long-acting appropriate contraception could be life-saving,” she says.

Often hospital clinicians believed that the midwife or GP should deal with contraception in the six weeks after delivery. However, the researchers recommend that women should have the option of contraception before they are discharged from hospital.

“Mothers will frequently put their own priorities such as contraception to the bottom of the list and just do not manage to get to their GP.

“It is not adequate medical care to tell these women as they leave hospital that they should not get pregnant. You have to be able to give them the advice and the actual contraception – make it easy for them - and if you don't know what they need you should refer quickly to someone who can,” says Dr MacDonald.

She warns that in developing countries, previous research has found that women are more likely to die if they have a SAMM event and then conceive again too quickly.

“There appears to be a perception that women will not have sex again for a time after pregnancy. For some that is true but for many they want to get back to normal sexual activity,” she says.

Dr MacDonald adds that all women who have had a pregnancy should at least be offered contraceptive advice. The WHO state that all women should have at least 18 months between babies to ensure best health for them and their babies.

She adds that there is some evidence that in fact a large percentage of women do not get contraception post-partum. One study in New Zealand showed that only 25% of young women who presented for a termination within 6 months of having a baby had contraception prescribed for them in the 6 weeks after having their baby.

“Of course it is their choice - they don’t have to have contraception. But these women should have the choice and at the moment they often don’t seem to have that.”