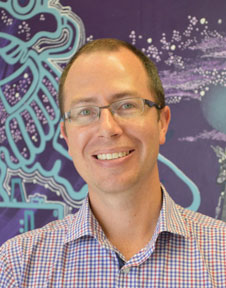 Vitamin D deficiency continues to cause rickets in young New Zealanders, new University of Otago research has found. The researchers say that their finding suggests that at-risk mothers and children should be better targeted for Vitamin D supplementation.

Rickets is a serious bone growth disorder that can lead to skeletal deformity and seizures. It can also cause several other developmental problems. Currently no national statistics are kept on rates of Vitamin D deficiency rickets in New Zealand.

Researchers in Otago’s New Zealand Paediatric Surveillance Unit have now completed the first-ever study to give a snapshot of the number of cases of such rickets occurring in children aged under 15 in this country.

Every month, over the period July 2010 to June 2013 inclusive, the researchers asked around 220 New Zealand paediatricians (92 per cent of the current workforce) if they had treated any cases of Vitamin D deficiency rickets in the previous month.

The researchers were notified of 73 cases by 38 paediatricians. Their responses to follow-up questionnaires allowed the team to exclude cases that did not meet its strict clinical definitions, or were duplicates. The researchers identified 58 children with the disease and analysed anonymised data relating to these patients.

Their findings are newly published in the Australian and New Zealand Journal of Public Health.

Study co-author Dr Ben Wheeler says they identified the key risk factors for the disorder as having darker skin pigment, Indian and African ethnicity, being under three years old, exclusively breastfed, and living in the far South, particularly during winter and spring.

“While we found the highest population rates of Vitamin D deficiency rickets in children living in Otago and Southland, nearly a third of all cases were reported in Auckland and Northland."

“Of the 58 patients identified, we found none had previously received appropriate Vitamin D supplementation, which is concerning,” Dr Wheeler says.

In their article, he and his co-authors conclude that “to reduce the incidence of the disease among those at risk, efforts should be focused on increasing awareness—and implementation—of existing policies for targeted maternal, infant, and child Vitamin D supplementation.”