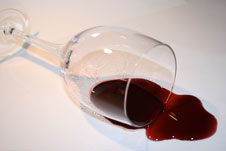 Mixing alcohol and sex then regretting the consequences sounds like young people’s behaviour. However, a new study from the University of Otago shows that drinking alcohol before sex is still common as people approach middle age, and it still has an impact on their health and wellbeing.

The findings emerge from the internationally renowned Dunedin Study, which has tracked the progress of more than 1000 people born in Dunedin in 1972-3. The sexual and reproductive health and behaviour component of the Dunedin Study is the world’s longest running cohort study looking at these aspects of people’s lives.

The research is published this week in the international journal PLOS ONE.

When they were assessed at 38 years of age, 8% of men and almost 15% of women in the Study said they had usually or always drunk alcohol before having sex in the previous 12 months, and only 20% of men and 16% of women said they never did so.

About 14% of men and 12% of women reported some adverse impact of drinking before sex in that year, including regretted sex and failure to use contraception or condoms.

“This is a cohort of adults who have been exposed to high levels of alcohol consumption among their age group when they were growing up,” says Professor Jennie Connor, the lead author for the research, “and some patterns of behaviour have persisted. Many report not using condoms or contraception when it was appropriate to do so, due to their own or their partner’s drinking at the time”.

The study showed that drinking heavily at least once a week was actually more common at 38 years of age than it had been at 26. This frequent heavy drinking was associated with a higher likelihood of sexually transmitted diseases in men, and with terminations of pregnancy among women, in the period between 26 and 32 years of age.

Both the men and women with this pattern of drinking were more likely to have had sex they later regretted in the past year, and the regret almost always related to partner choice.

“There has been very little previous investigation of the role of alcohol in sexual behaviour beyond young adulthood”, says Professor Connor, “but these findings suggest that efforts to improve sexual health and wellbeing will need to take alcohol into account at all ages.”