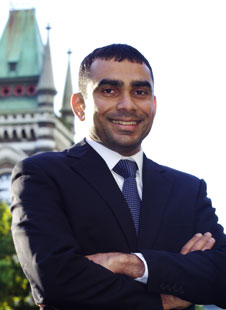 In research published this week in the Journal of East-West Business, Mr Perera outlines research into trade deals and their effect on international business.

As part of his PhD, he has completed a survey of NZ dairy company experts, from which he concluded that trade deals were seen as a business norm in today’s international environment.

These factors have led to Mr Perera’s research, which found that trade deals have the capacity to influence the regulatory environment of partner nations, which “may result in reduced barriers to trade”.

“Overall, respondents consider trade deals as positive initiatives. This will raise many questions to the opponents of TPPA. As one respondent particularly highlighted the importance of having the TPPA claiming that it has the possibility of opening doors for significant markets such as Canada, Japan and the United States.”

“New Zealand, regardless of political party in power, has shown a tremendous success in trade deals throughout the history. When Britain’s focus shifted from the Commonwealth to Europe, the country demonstrated to the world that New Zealand knows how to recover its trade and economic strengths by involving in trade deals with growing Asian countries.

“In addition, stopping the negotiations with Russia due to the incident in Ukraine highlighted that the country will not hesitate to take appropriate actions to avoid trade when required.”

Findings of this research probably confirm the path that New Zealand governments have followed so far is beneficial for the largest exporting industry in the country.

“New Zealand should continue its successful work on engaging with the world through trade agreements for the benefit of the country.”