Hocken thanks the public for year of artistic and historical donations 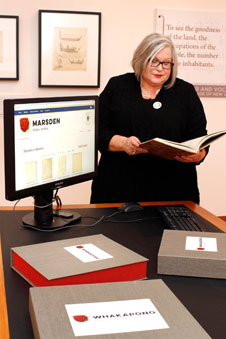 “It is important for us to acknowledge the generosity of the Hocken community. It began with Hocken himself and has continued for over 100 years,” says Hocken Librarian Sharon Dell.

“Donations are vital to the Hocken, with its plethora of collections that cover more than a century of Otago history. Every year well over a hundred people donate books, magazines, newspapers, pictures, photographs, maps, music, ephemera, archives and personal papers to the Hocken. They are individuals, families and organisations who value research and history and want to make this material available for present and future generations of researchers.

“The Hocken collections would be unable to maintain their relevance to the communities that it serves without this kind of support. While the operational budget and acquisition of books are covered by the University of Otago, the purchase of unpublished material, which includes art, photographs and archives, are reliant on Trust funds established by past benefactors.”

The Hocken Collections are used for research in many different ways. Each year (since 2009) an average of 224 books, brochures, conference proceedings, journal articles, theses, exhibitions, exhibition catalogues, reports, websites, displays, plays, films and television programmes are produced making substantial use of the Collections.

Recent donors attended an evening “thank you” function at the Hocken on Friday, December 9. There, they were also able to look at one part of the exhibition “Undreamed of… 50 years of the Frances Hodgkins Fellowship”, the other part being hosted at the Dunedin Public Art Gallery.

Ms Dell noted: “It has been a highlight for the Hocken to receive generously donated works by three Fellows during the Fellowship’s 50th anniversary year.”

Donations to the Pictorial Collection in the past year include gifts from Frances Hodgkins Fellows:

Purposeful collecting for the Hocken’s ephemera and posters collection only began in the 1960s, so it is always great to be able to add material from earlier periods.

This year the Hocken has been fortunate to accept: 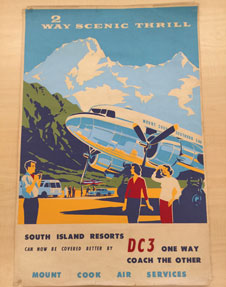