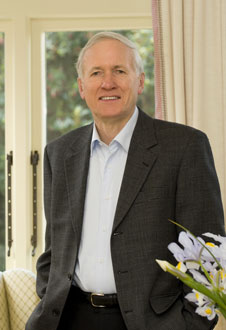 Professor Skegg, who is a graduate of Otago and the University of Oxford, held the Chair of Preventive and Social Medicine at Otago for many years.

In its citation for his doctorate, Queen’s University notes that he is globally recognised for his research on epidemiology, breast and cervical cancer, contraception, drug safety and reproductive health. It describes him as “a probing scientist, engaging mentor and inspiring teacher”.

The citation also describes Professor Skegg as “a master of the art of university leadership, who successfully led Otago through a time of considerable change in government funding policy to become a first-ranked research-intensive university in New Zealand”.

Queen’s also notes that he has been “an innovative strategic collaborator on international higher education, and the primary driving force establishing the Matariki Network of Universities”. This is a group of leading, like-minded institutions that promote excellence in research-led education, while providing a high-quality student experience.

Otago and Queen’s, along with universities in England, Germany, the United States, Sweden, and Australia are members of this collaborative network.

Professor Skegg was selected as a Rhodes Scholar and has been knighted for his services to the advancement of medicine.

He is a much sought adviser to governments, a consultant to the World Health Organization in Geneva, and a former President of the Royal Society of New Zealand.

Otago Vice-Chancellor Professor Harlene Hayne says she is delighted that Professor Skegg is being honoured by Queen’s University.

“This is a very welcome recognition of David Skegg’s enormous contributions as a widely respected epidemiology researcher whose work has had global impact, and as an accomplished university leader. Also, this accolade acknowledges his foresight in linking Otago with like-minded universities around the world that share common values in pursuing excellence in research and education.”