Cannabidiol shown to be effective for a severe form of Epilepsy 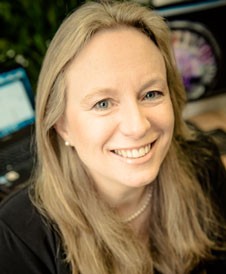 The first ever Class 1 clinical trial of the drug cannabidiol has shown it is effective at reducing convulsive seizures in a severe type of epilepsy in children.

The Dravet syndrome is a severe childhood epilepsy disorder associated with drug-resistant seizures, developmental delay, and a high mortality rate.

The results of this study have just been published in a paper in the New England Journal of Medicine.

The only New Zealander on the project, Associate Professor Lynette Sadleir is an epilepsy researcher and paediatric neurologist at the University of Otago, Wellington.

“This study is significant because it is the first scientific clinical evidence we have of an effect of a plant-derived cannabinoid therapeutic medication on epilepsy. Previous reports of effects, widely reported in the media, were of individual children and it was unclear if these reflected a true effect for children in general with this type of epilepsy,” she says.

Associate Professor Sadleir’s expertise is in diagnosing children with specific types of epilepsy. She was part of an international team (Cannabidiol in Dravet Syndrome Study Group) whose role was to confirm for the trial that the children included in the study did indeed have Dravet Syndrome.

“Seizures are difficult to control in the Dravet Syndrome. It is a rare genetic form of epilepsy that we have been doing a lot of research on. This syndrome is a result primarily of loss-of-function of a sodium channel in the brain caused by mutations of a specific gene, called SCN1A,” says Associate Professor Sadleir.

For this multinational double-blind, placebo-controlled trial, 120 children and young adults with the Dravet syndrome and drug-resistant seizures received either cannabidiol oral solution or placebo, in addition to standard anti-epileptic treatment. The primary end point was the change in convulsive-seizure frequency over a 14-week treatment period, as compared with a four-week baseline period.

“The children taking cannabidiol did however have more reported side effects than those on placebo, including diarrhoea, vomiting, fatigue, fever, sleepiness and abnormal liver function,” says Associate Professor Sadleir.

“These were so significant that thirteen per cent of the children taking cannabidiol withdrew from the study due to side effects.

“It is important to remember that the medication used in this trial was a 97 per cent pure cannabidiol pharmaceutical grade medication and the results cannot be extrapolated to non-pharmaceutical grade products. Also, this was a brief trial lasting only three months so we do not know what the long-term effects of this medication on a child’s developing brain might be.

“More research is needed but this trial is a positive beginning to our understanding of how cannabidiol may help children with this severe epilepsy.”

Details of the Cannabidiol in Dravet Syndrome Study Group are provided in the Supplementary Appendix, available at NEJM.org.