A well-matched name and face could win you votes: Otago research 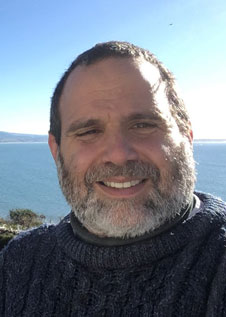 If you have a name that matches your face, you are more likely to win votes if you are a politician, and gain approval in general, says new University of Otago research.

In a series of studies Professor Jamin Halberstadt of the University of Otago’s Department of Psychology, and then PhD candidate David Barton, tested whether people’s names are judged more suitable when they are congruent in shape with the people they denote. They also investigated whether people whose names match their faces will be judged more positively than people with incongruent names.

In their results, published today in Springer’s journal Psychonomic Bulletin & Review, they found people tend to associate round names such as “Bob” and “Lou” with round-faced individuals, and they have an inherent preference for names and faces that go well together. They investigated the so-called “bouba/kiki effect”. This refers to people’s tendency to associate rounded objects with names that require rounding of the mouth to pronounce.

“The fact that extreme name-face congruency predicted the proportion of votes that American senators received illustrates just one practical implication of this work,” says Professor Halberstadt.

“Although we cannot yet establish that people voted on the basis of people’s names - senators with matching names might have other qualities that got them elected - our work suggests that strategic presentation of names in relation to our other features could have significant benefits.

“The results go beyond the idea that people judge others based on superficial features like their names. They also judge others based on how well the features fit together. In this case, the fit is between people’s names and their faces; people with angular faces but rounded names, or vice versa, tend to be disliked.”

In the first experiment, participants ranked which of six suggested names went best with 20 overly exaggerated round or angular male caricatured faces. The participants consistently matched nine of the 10 round faces, and eight of the 10 angular faces with so-called round (George, Lou) and angular (Pete, Kirk) names, respectively.

In a second experiment, using un-manipulated photographs of real male faces, participants assigned shape-congruent names to 14 out of 16 round faces, and 15 out of 16 angular faces. Further studies revealed that participants like another person more when they learn that the person has a name that matches their face, and participants’ estimations of others diminishes if this is not the case.

To put these findings into practice, Barton and Halberstadt turned to politics. The researchers computed matching scores for 158 candidates for the United States Senate, based on independent ratings of the roundness of each candidate’s face and name. They found that well-named candidates (whose faces matched their names) had an advantage. Candidates earned on average 10 more percentage points in their elections when their names fitted their faces very well, versus very poorly.

“The fact that candidates with extremely well-fitting names won their seats by a larger margin – 10 points– than is obtained in most American presidential races suggests the provocative idea that the relation between perceptual and bodily experience could be a potent source of bias in some circumstances.”

“People’s names, like shape names, are not entirely arbitrary labels. Face shapes produce expectations about the names that should denote them, and violations of those expectations carry affective implications, which in turn feed into more complex social judgments, including voting decisions.”

Read a related blog post of The Psychonomic Society