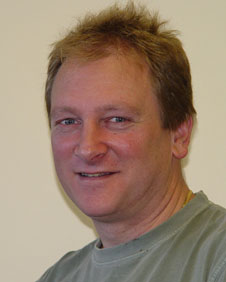 Research into yeast, the single-celled organism behind a range of human infections, has led to University of Otago Faculty of Dentistry researchers identifying a previously unknown piece of genetic sleight-of-hand which may enable multi-drug resistance, a major emerging global health problem.

The research, led by Dr Erwin Lamping from the Sir John Walsh Research Institute at Otago, was investigating how yeast becomes drug resistant. Through coming to an unexpected understanding of the resistance process, researchers may now be able to design ways to overcome drug resistance in humans.

To explain what they found Dr Lamping starts with the basic process of gene mutation that organisms use to adapt.

"When a gene mutates and has another function, the original gene function is lost. However, another way organisms adapt is by gene duplication, where they make a second copy of the gene. This has the advantage that if one copy mutates and changes its function, the organism still has the original gene with its original function. This allows organisms to adapt by using almost identical genes to develop a range of different functions or abilities."

While studying how the yeast behind human infections such as oral and vaginal thrush becomes drug resistant, Dr Lamping and his team found the organism makes a protein which pumps the drug out of the yeast cell.

"We also found, by chance, that there was a very similar gene next door - an example of gene duplication. What we discovered, which has not been found before, was that while large parts of the adjacent genes were identical, six short regions were different and had remained different for over 130 million years. The reason why they had remained different is because they were the regions that allowed the two pumps to pump different drugs."

"We carefully studied genes from seven yeast strains originating from different parts of the world and found 30 copies of the pump gene, all with the same pattern: they had large regions that were exactly the same and small regions that differed. This shows that this mechanism of evolution is widespread – in the entire yeast population studied," he says.

"This repetition of almost identical genes, but with different functions, may have gone unnoticed in other organisms including humans.”

This may help understand why cancer cells become resistant to multiple drugs, why people react differently to drugs and why some drugs do not work for some people.

This research has been published in the journal Genetics and highlighted by the Genetics Society of America.

This research was supported, in part, by funding from the Royal Society Te Apārangi Marsden Fund.