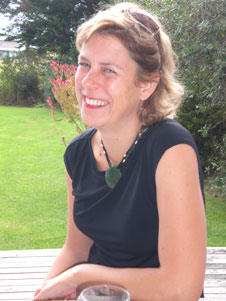 Some of the most prolific and central figures of the New Zealand film industry have been attracted to the country’s first international conference dedicated to screenwriting, being held at the University of Otago.

The Department of Media, Film, and Communication at the University of Otago in Dunedin, and the New Zealand Writers Guild are co-hosting the conference, from 28 to 31 August.

“There are a host of unique conditions facing screenwriters in New Zealand that pose particular challenges that this conference needs to grapple with, such as telling local and indigenous stories in a commercial marketplace,” says conference co-organiser Allan Baddock, of the Writers Guild.

“It’s highly significant this is the country's first international conference dedicated to screenwriting, coming at a time when Hollywood has just agreed to a host of new payments and conditions for screenwriters that writers here are denied. It raises a host of questions about what is happening here and how serious we are about fostering local production.”

“It is significant that the city of Dunedin and the University are hosting this ground-breaking conference. Dunedin is consolidating itself as a haven for the arts and writers in line with being named as UNESCO City of Literature, and the city’s new strategy to become a New Zealand arts capital.”

Conference co-organiser Dr Davinia Thornley from Media, Film and Communications at Otago, says the conference is “incredibly exciting for Dunedin”.

“The line-up is really a who’s who of the NZ screenwriting industry, and we have some challenging and fascinating themes and speakers to showcase. This is a first for Otago University and a first for the country,” she says.

She adds that the aim of the “Screenwriting Research Network 2017 (SRN) Conference” is to consolidate our growing global screenwriting research network while, at the same time, provide a forum to investigate screenwriting as a trans-national phenomenon.

So far, about 70 screenwriters from nations around the world have been attracted to the event.

Head of the NZ Film Commission Dave Gibson, and head of NZ on Air, Jane Wrightson, will outline the challenges in developing and taking New Zealand screen voices to the world.

“They have been asked to spell out their vision for the future of the NZ screen industry and detail what they are doing for local screenwriters and local content,” says Baddock.

Another keynote speaker is new talent, Alejandro Davila, who is pioneering in New Zealand the rapidly emerging realm of making movies as virtual reality.

In 2016, Alejandro Davila and his team made New Zealand's first Virtual Reality movie, which proved to the country that it is possible to tell stories in this medium. This has led to a ripple effect across the country, resulting in government grants for interactive storytelling and a nationwide distribution model for VR content.

It is expected there will be up to 15 conference sessions per day over the four days, generally featuring three international speakers per session on related topics.

There will also be a number of special sessions deliberately aimed at helping local writers break into the industry: