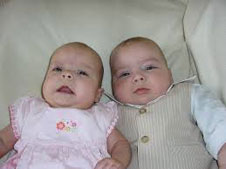 Young couples who fear they are infertile may just need more time rather than costly treatments, University of Otago research shows.

Difficulties conceiving a wanted child are a common problem, with up to one in every four couples taking longer than 12 months or needing medical help to conceive.

However, new data from a long-term study of couples seeking specialist help shows just over 60 per cent were able to resolve their difficulties with a live birth, many without expensive treatment or after failed treatment.

These latest findings, published in Human Reproduction, show the prognosis for couples experiencing infertility (trying to conceive for 12 months or more without success) are positive, with many couples not requiring treatment to have a child.

If couples are able to overcome their infertility and have a first child, it is likely they can have more children if desired.

The conclusions come from a longitudinal study of 1,386 couples initially assessed by the Otago Fertility Service between 1998 and 2005, and followed for birth outcomes to the end of 2014.

Lead author Dr Antoinette Righarts, of the Department of Women’s and Children’s Health at the Dunedin School of Medicine, says the study is unique.

“Few studies provide couples and healthcare professionals with prognosis data for all couples, not just those undergoing high-end treatments such as in-vitro fertilisation (IVF).

“The extended follow-up also gave a more complete picture of outcomes, including additional children, for couples experiencing infertility. Almost two-thirds of previously childless women who had one child had at least one more.

“We found that 62 per cent of couples were able to have at least one child, but it could take time –50 per cent of first live-births occurred more than two years after first clinical assessment.

“Also, we found many couples did not need treatment. Overall, just under half of the first births were independent of any treatment.”

Data shows age is the most important determinant of successful resolution of infertility and the number of additional children, with best outcomes in women under 30, Dr Righarts says.

“As women age, success is less likely, with resolution unlikely in women aged 42 or more. Resolution for women in their late 30s and very early 40s was similar and a third of couples where the woman was aged 40 to 41 years had a live birth.

“So for couples in this age group, early referral - after six months without success - is very important.”

Being severely obese (a BMI of ≥ 35 kg/m2) reduces the probability of having a child, but being overweight or moderately obese did not appear to have any substantial impact.

Senior author Professor Wayne Gillett, of the Department of Women’s and Children’s Health, says if couples do not have a major problem causing their infertility, or a significant duration of infertility, it should be managed without treatment initially.

“This will particularly apply to younger women and will allow more opportunity to spontaneously conceive and avoid potentially costly and stressful treatment. Many couples will go on and have their desired family size.

“These data also confirm that couples who want children should not delay trying to start a family if that suits their personal situation, especially if they want more than one.”