A leading University of Otago zoology researcher, Emeritus Professor Carolyn Burns, has been awarded the prestigious 2017 Marsden Medal by The New Zealand Association of Scientists (NZAS).

Professor Burns is one of four New Zealand scientists whose outstanding work is being recognised through the awarding of medals at a function held in Wellington on Wednesday 1 November. 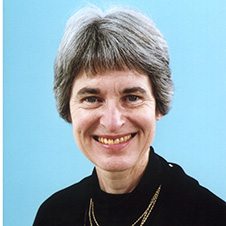 Announcing the recipients of its 2017 medals, NZAS President Associate Professor Craig Stevens noted that these awards seek to recognise and promote both the recent past of New Zealand science and scientists.

It also looks to recognise and support future science leaders, as well as the importance of communicating what science is and does, now and in the future, to a range of audiences, he says.

University of Otago Deputy Vice-Chancellor Professor Richard Blaikie (Research and Enterprise) says he is delighted that the Association has chosen Professor Burns as the 2017 recipient of the Marsden Medal.

“The medal is a most fitting and overdue recognition of Carolyn’s decades of tireless service to the New Zealand research, science and tertiary education communities,” Professor Blaikie says.

NZAS 2017 Marsden Medal citation:
Emeritus Professor Carolyn Burns CBE FRSNZ of the Department of Zoology at the University of Otago is internationally renowned for her research into freshwater ecology, especially that of the large lakes of the South Island.

A recipient of the Naumann-Thienemann Medal, the world’s top award for limnology (the study of inland waters), she has had a stellar academic career. Professor Burns has contributed her scientific expertise to conservation, for example , as the Regional Councillor for Australasia and Oceania on the IUCN (World Conservation Union), as well as a long-serving member of two statutory authorities that provided advice to the Minister of Conservation – the Nature Conservation Council (chairing it 1978 – 1983) and the National Parks and Reserves Authority.

Her service to science is exemplary, with examples in the assessment of research performance through her involvement on Performance-Based Research Fund panels; through the allocation of funds for basic research with many years of service in numerous roles for the Marsden Fund; through chairing academic audits of universities around New Zealand; and through the support and promotion of New Zealand scientists by serving on selection panels for a diverse array of prizes, awards and fellowships.

Her leadership has influenced science direction both within and outside universities in roles such as being a member of the Board of Directors of National Institute of Water and Atmospheric Research, and as a member of the Board of Antarctica New Zealand. Her scientific eminence resulted in election as a Fellow of the Royal Society of New Zealand in 1993, and she was subsequently the first woman to chair the Society’s Academy Council.

The Marsden Medal is named after Sir Ernest Marsden CMG CBE MC FRS (19 February 1889 – 15 December 1970), who was an English-New Zealand physicist. He is recognised internationally for his contributions to science while working under Ernest Rutherford, which led to the discovery of new theories on the structure of the atom. In Marsden's later work in New Zealand, he became a significant member of the scientific community, while maintaining close links to the United Kingdom.