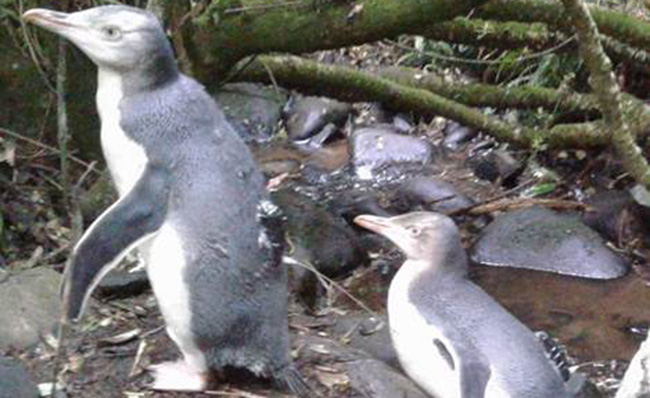 Takaraha, a juvenile yellow-eyed penguin that captured attention in recent weeks, has been euthanised after suffering a non-survivable injury to its left flipper, believed to be inflicted by a predator.

Takaraha was one of 23 juvenile yellow-eyed penguins being remotely tracked by University of Otago researchers investigating dramatically declining survival rates of the endangered species.

The young bird made headlines after setting a blistering speed up the South Island’s east coast on its fledgling journey just over a fortnight ago.

Yesterday, the penguin was found at Cape Campbell, near Blenheim, by Department of Conservation volunteer Harry Litchwark, after University of Otago Zoology researcher Mel Young contacted the Wairau DOC Office, concerned that Takaraha had not moved in several days. 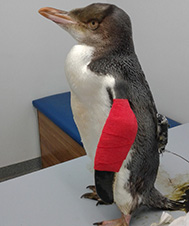 “The penguin had made some short trips to the east of Cape Campbell over the past 10 days, but there had been very little movement in the past five days,” says Ms Young.

Mr Litchwark found the penguin, thin and with a severe injury to the upper left flipper. Despite this, the penguin was bright and alert. DOC Wairau were able to take the bird to the Picton Veterinary Clinic, where veterinarian Christine Mackenzie was able to x-ray the affected flipper. In consultation with Dunedin Wildlife Hospital’s specialist penguin vet Lisa Argilla, the decision was made to euthanise the penguin.

“There is already severe irreparable damage to the (elbow) joint and the bird needs a functional flipper to swim, so it will never be able to do this,” says Dr Argilla.

The body would be submitted to Wildbase for a post-mortem.

“This is an unfortunate end to an incredible journey, but was not completely unexpected, as more than 80 per cent of yellow-eyed penguin fledglings do not survive the juvenile year. The wound has been inflicted by a predator, and we will know more once a post mortem has been completed,” Ms Young says.

Of the remaining juvenile penguins in the study, 16 were still transmitting their locations, with 3 devices now offline and 3 failing due to a technical fault.

Takaraha’s satellite tag would be re-purposed for research next season.

The research comprises part of Young’s doctoral research at the University of Otago, investigating the diet, dispersal, and foraging ecology of yellow-eyed penguins/hoiho.