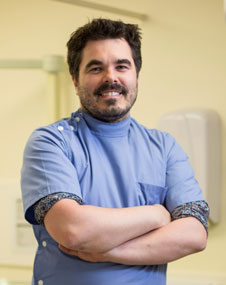 Child poverty and its detrimental impact on dental health care casts a long shadow and affects oral health into adulthood, University of Otago Associate Professor in the Faculty of Dentistry, Jonathan Broadbent says.

He welcomes the Child Poverty Action Group’s report Too soon for the tooth fairy, released today, which shines the spotlight on the implications of child poverty for oral health.

The report backs up Associate Professor Broadbent’s concerns over inequality in dental health care in an opinion article published in the most recent issue of the University of Otago Magazine.

His comments are based on analysis of dental data from the University of Otago’s internationally recognised Dunedin Multidisciplinary Health and Development Study, tracking the lives of more than 1000 babies born in Dunedin between April 1972 and March 1973.

Now that the study members are adults, it is possible to investigate how their childhood influenced their adult dental health, and the Dunedin study is revealing.

Up to 18 years of age, more dental decay occurred among children from socio-economically disadvantaged families, but those who needed dental care mostly got it due to New Zealand’s universal dental health care for children and adolescents, Associate Professor Broadbent explains.

However, this changed once access to state-funded dental care ended at age 18. By the time they were 26, the average number of teeth with untreated decay among young people from socio-economically disadvantaged families was five times greater than it had been at age 18.

“Publicly-funded dental care minimises inequality up to age 18, but then the bottom drops out,” Associate Professor Broadbent says.

By age 38, the average number of teeth lost was six times greater among those who had been born into disadvantaged families than for those born into well-off families.

Socio-economic differences in tooth decay rates don’t explain socio-economic inequality in dental health alone, because well-off people who eat too much sugar and have poor oral hygiene have a high rate of tooth decay too, Associate Professor Broadbent says.

“But, if you have a high rate of decay as a child and are born into a family with low-income parents, this will affect your risk of having poor dental health right through your life, not just during childhood.”

In a recent research paper based on the Dunedin Study, Otago researchers investigated the pathway from childhood to having dental problems as an adult. Socio-economically disadvantaged parents were less likely to understand the dental problems caused by sugary foods or how to effectively care for teeth. Their beliefs rubbed off on their children who were more likely to hold similar unfavourable beliefs through their teens and into their 20s. They were less likely to regularly brush their teeth or go for regular dental checks.

Associate Professor Broadbent says dentists are often given a hard time by the media, portrayed by some commentators for being “too expensive”, but most dental interventions are surgical and involve costly imported dental products, expensive equipment, compliance-related costs, salary for support staff – and a lot of time.

“Innovate public health interventions targeted to reduce inequalities – like a sugary drink tax – and expanded publicly-funded dental care (including preventive care for adults) deserve to be given a chance,” Associate Professor Broadbent says.