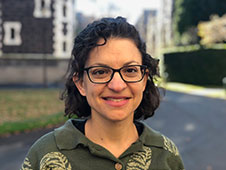 In the first experimental test of the potential of natural disasters to produce stronger bonds within a group, University of Otago researchers asked residents of Christchurch, New Zealand, to recall their experience of the city's devastating 2011 (Feb 22) earthquake.

The quantitative study out of Otago's Department of Psychology involved 200 participants from Christchurch who were over 18 years old at the time of the earthquake and were in the city during the event.

Lead author, PhD Candidate Keren Segal, says various levels of "identity-fusion" - or connection with a group - can occur when people go through a shared life-defining experience. Findings from the study show a link between people's experience during the earthquake and their levels of fusion to Christchurch. 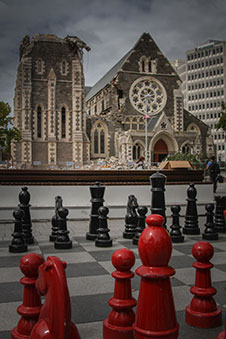 "We found that participants who we asked to recall the (Feb 22, 2011) earthquake felt stronger connection to Christchurch when they endured more negative effects; when they felt more fear as they recalled the earthquake or if they suffered more harm - be that physical or psychological harm - due to the earthquake," Ms Segal says.

Levels of harm were measured by participants' responses to questions about the earthquake's effect on their own personal situation, be that their physical state, mental state, or effects on property and their workplace.

"What we found that was particularly influential and more influential than other measurements was people's emotional and physical suffering that they endured due to the earthquake - so people who suffered more physically and psychologically felt more fused and connected to the city when they recalled the earthquake," Ms Segal says.

Ms Segal adds that one of the most interesting findings was around a question asking if people felt God was involved in the earthquake or if the earthquake happened for a reason.

"We found that people who attributed more agency or more intention to the earthquake were more fused to Christchurch, so they felt a stronger connections to the city. This is important for us because usually these kind of studies are conducted when you relate to an out-group threat like a terrorist attack or war. In those situations people tend to fuse because they can say 'somebody else did it', so it was interesting to find that intention - even if it is a supernatural one - influenced how strongly people would feel towards the city." 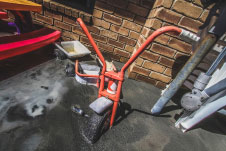 Supervising Professor Jamin Halberstadt says this is the first study to show, experimentally, that negative events need not be caused by other people to create a sense of attachment to a community.

"Natural disasters, with no human cause, also fuse those affected by them, although the effect seems to be bigger when the disaster is attributed some kind of meaning. Understanding the fusing effects of events is important because fusion is a strong predictor of people's willingness to make personal sacrifices for the good of the group - something that is especially helpful when a community is rebuilding from a tragedy" Professor Halberstadt says.

A video featuring Keren Segal can be found here: Disaster Fusion.mp4 (174.1 MB), and also at this YouTube link: https://www.youtube.com/watch?v=_NlLkxfR02Y

Media are welcome to use the video, and attached still images. Please credit photographer Jared Hunter Mason in any still image use aside from the head-shot of Ms Segal.