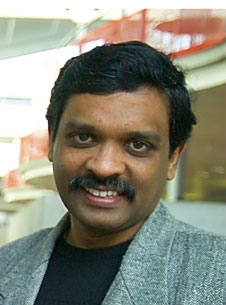 A new system of predicting election results, developed at The University of Otago, is proving so accurate developers hope it will change future political discussion and journalism.

Dr Mather says the method offers advantages to traditional polling, which are often merely a point-in-time snapshot of how the various parties are performing.

“Along with more stable political poll predictions, this system provides better insights into how parties address their electorate’s values around and leading up to the elections. For example, voters who scored one on a scale ranging from zero to two for the value of respect (e.g. child safety, equality and injustices) were substantially less likely to vote National than any other party (by a factor of over six times)”.

The system was crafted ahead of the 2014 General Election using a sample from a consumer panel involving 858 people.

The methodology used open-ended questions that asked for the issues that mattered in the election to the respondents, and things that made them happy. The responses were analysed using a natural language processing technique to identify the values relevant to the election.

The terms used in the respondents’ answers were given a weighting and then organised into groups based on societal value-topics derived from The Laswell and Kaplan Societal Value Framework, named after Harold Laswell and Abraham Kaplan (pioneers of political science and philosophy in the twentieth century).

Regarding the 2014 General Election, the mean absolute deviation (MAD) from the actual vote was 1.8 per cent, much less than the margin of error of 3.5 per cent expected from sampling error alone. The methodology was successful in predicting the outcome for the minor parties with good accuracy, for example, the prediction for the then newly formed Internet-Mana was only out by about 0.5 per cent.

“Our data showed that the Internet Party-Mana Movement party collaboration was tracking to fail. The values attributed to these parties revealed their ideologies would not gel, much like iron and clay,” Dr Parackal says.

Drs Mather and Parackal believe the value-based prediction method shows promise for improving the quality of political journalism and public engagement in the period of election campaigns. Particularly this methodology will assist in focusing public debate more on values that are influential on citizens’ voting decisions. The system could also be used for Local Government Elections.

The University of Otago team behind the methodology hope to put it into further practice in the lead-in to the next General Election, in 2020.