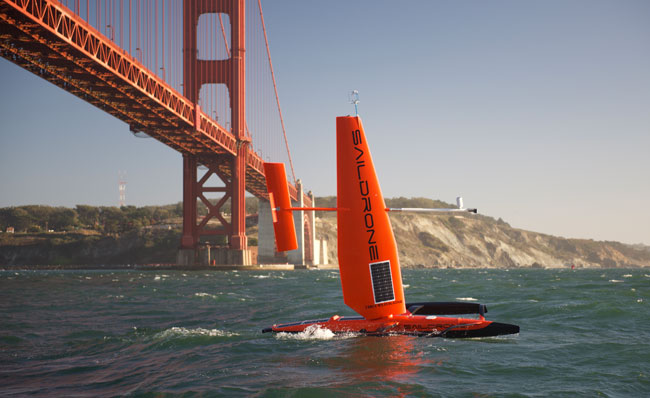 While in the Auckland Islands studying the recovering population of southern right whales, a University of Otago team led by Professor Steve Dawson and Dr Will Rayment was given an unusual task by the Department of Conservation (DOC) – to recover a drone that had become stranded on Sandy Bay, on Enderby Island.

Not a drone that flies, but one that sails.

The Saildrone is a seven-metre long, unmanned surface vehicle with a small carbon-fibre wing-sail. It can sail autonomously for many months at a time, programmed to hold station or follow a particular track, and can be re-tasked as required.

“It’s a new platform for studies of the ocean and atmosphere. Data from a wide range of on-board sensors are streamed in real time via satellite, so scientists can study remote ocean areas at a tiny fraction of the usual cost,” Professor Dawson says.

“The newest version even has a recorder for whale sounds, and an echo-sounder for studying aggregations of fish and krill. It’s very exciting technology.”

Salvaged Saildrone lashed to the stern of Otago Univeristy’s Polaris II for the trip back to Dunedin. Photo: Steve Dawson.

This particular Saildrone (number 127) was launched in San Francisco in August 2015, with the goal of making the first unmanned circumnavigation of Earth.

According to Saildrone’s founder, Richard Jenkins, the drone spent too long on the equator, taking measurements for El Niño studies, so reached Cape Horn late, in winter, where it encountered terrific storms.

“We lost contact shortly after it rounded Cape Horn. From there the vessel’s track is a mystery that downloading the on-board data-logger might solve,” Mr Jenkins says.

“We plan to launch two of the latest generation Saildrones from Bluff in October, in an attempt to circumnavigate Antarctica,” he adds.

Professor Dawson was amazed that the Saildrone was found intact, with only its outriggers and wing-sail damaged, something he says is a testimony to the strength of the craft.

“This tiny unmanned yacht has survived the world’s roughest oceans for almost three years. Considering the impressive array of data Saildrone can collect, it’s clear that this will be a key technology for monitoring our changing world,” Professor Dawson says.

The Saildrone, and its important on-board data, is currently being stored by the Department of Conservation in Dunedin. It is expected it will be reunited with Mr Jenkins and the Saildrone team in October.

Mr Jenkins is also the holder of the world land speed record for sailing craft (203 kph), experience that helped in the design and build of Saildrone’s hull and wind-sail systems. 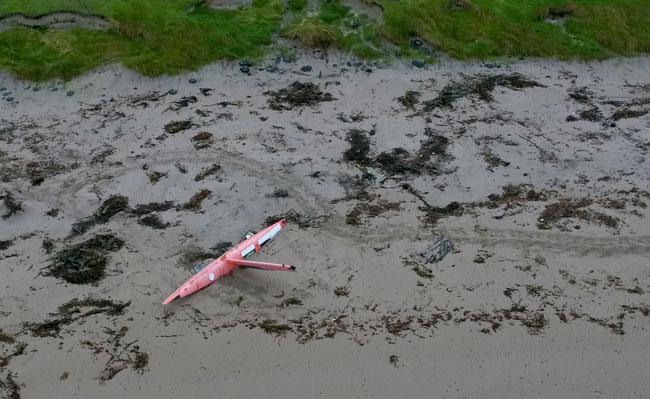