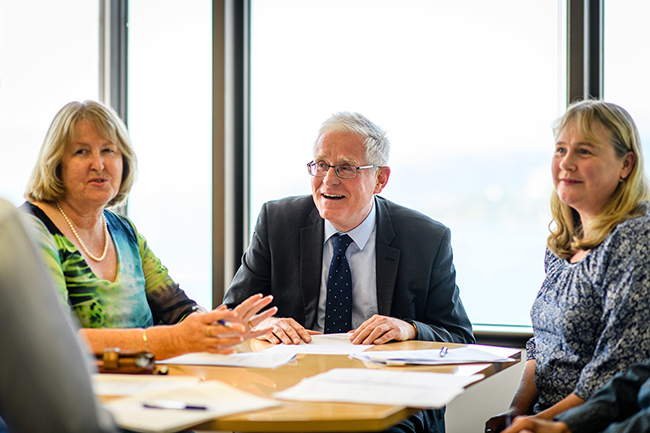 Some aspects of the law determining how relationship property is divided when a couple splits is out of touch with contemporary New Zealand and should change to reflect current values, University of Otago researchers believe.

The interdisciplinary research team, led by Otago’s Associate Professor Nicola Taylor, Professor Mark Henaghan and Dr Megan Gollop, and funded by the Michael and Suzanne Borrin Foundation, set out to find what views New Zealanders held on the division of relationship property on separation.

The Law Commission is currently reviewing the Property (Relationships) Act 1976 (PRA) and the research project was undertaken to help inform its work. The Commission is publishing a paper outlining its preferred approach to key issues next week and will be making its final recommendations to the Minister of Justice in 2019.

Associate Professor Taylor, Director of the Children’s Issues Centre at Otago, says it is the first time that research seeking the public’s views on the PRA has occurred since the Act’s inception.

The general rule of the Act is that relationship property should be divided equally between two partners if they separate.

“However, there have been dramatic demographic and social changes in New Zealand over the past 40 years, including the ways in which relationships and families form and function.

“Post-separation financial arrangements have a significant influence on family members going forward, and especially on children’s adjustment and well-being. Having a better understanding of how New Zealanders regard the impact and fairness of the law is important,” she says.

The first phase of the project involved a nationwide telephone survey of 1361 people, conducted earlier this year.

“The research reveals that some areas of the current law do not align with people’s expectations of fairness in contemporary New Zealand, and indicates directions for reform on that basis,” Associate Professor Taylor says.

There was high public awareness and general support for equal sharing of relationship property following separation, but fewer than half of respondents knew it applied to all couples who had lived together for three years or longer.

Eighty-eight per cent of respondents who supported equal sharing also believed a departure from it would, in certain situations, allow for a fairer result.
“This suggests some aspects of the PRA’s ‘one size fits all’ model may no longer be appropriate,” she says.

There was also support for provisions that redress economic disparities following separation, such as when one person’s earning potential is impaired because they stopped work to care for children during the relationship. This is already a feature in the PRA, but is difficult to access in practice.

“These results highlight the different ways in which people think about commitment, and suggest that a more nuanced approach to establishing eligibility under the PRA might be appropriate,” Associate Professor Taylor says.

A concerning issue to come out of the research was the number of people who used informal oral and written agreements to try to “opt out” of the equal sharing law, by way of a makeshift pre-nuptial agreement.

“We’re not sure couples appreciate that, for their agreement to be binding under the law, each partner requires independent legal advice and a certified agreement,” she says.

The next phase of the research project will involve a nationwide online survey and individual interviews with New Zealanders who have experience of dividing relationship property after separation and resolving any disputes that arise.

“It is a great example of inter-disciplinary research that can impact the lives of everyday New Zealanders. As a grant-maker, we are excited to see this research contributing to the process of law reform in New Zealand,” she says.

The team will present key findings of the first research phase at a two-hour seminar in Wellington on 30 October 2018.