Most Kiwis support some form of euthanasia or assisted dying, Otago review reveals 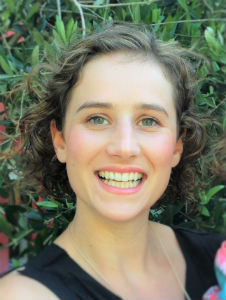 Most New Zealanders support some form of euthanasia or assisted dying, a review of 20 years’ research into Kiwis’ attitudes to euthanasia by University of Otago researchers reveals.

New Zealand is currently considering an End of Life Choice Bill. If the bill (or a modified form) passes, it would allow people with a terminal illness or a grievous and irremediable medical condition, the option of making a voluntary choice over the timing of their death. Submissions are currently before the Justice select committee, with the committee due to report on the bill early next year.

The group of Otago researchers reviewed existing research investigating New Zealanders’ attitudes to euthanasia or assisted dying over the past 20 years.

Across all surveys, on average, 68.3 per cent of people support euthanasia and 14.9 per cent oppose legislation, while 15.7 per cent are neutral or unsure. A total of 36,304 people have been surveyed.

“It seems that a majority of the public are open to the possibility of legislative change,” Ms Young says.

“It is less clear what forms of euthanasia or assisted dying New Zealanders think should be available, or when and how it should be accessible, though some form of regulation is expected.”

Survey questions typically ask respondents whether doctors should be allowed to assist a patient to die, at that patient’s request, where their condition is terminal or incurable and /or they are in pain.

Among studies that specifically differentiated between euthanasia (a lethal injection that is administered at the voluntary request of a competent patient by a doctor) and assisted dying (the researchers’define as when a person obtains a lethal prescription from a doctor and self-administers), support for a doctor to end a person’s life upon request was 67.9 per cent, whereas support for assistance from someone other than a doctor (eg, family) was only 48 per cent.

Two important things missing from the review, Ms Young says, is research examining the attitudes of New Zealanders who are approaching the end of life, or people with disabilities.

While it is difficult to draw firm conclusions because of the variety of reporting methods, measures and parameters used within studies, it seems that a majority of the public are open to the possibility of legislative change.

The researchers’ conclude that specific research is needed to understand the views of potentially vulnerable populations, such as those with disabilities, and to evaluate which conditions and safeguards New Zealanders believe should be available.