Originally posted on Thursday 30 May 2019 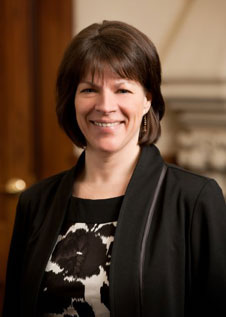 The University of Otago has added a new University-wide policy to its suite of measures designed to reinforce its zero tolerance position against sexual misconduct.

The Sexual Misconduct Policy, which took effect last week, follows extensive research and consultation, including with staff and students.

It aims to provide clear pathways of support for those affected by sexual misconduct (which includes any kind of inappropriate or unwanted action of a sexual nature), and guidelines for those receiving complaints.

A new group – The Sexual Misconduct Action Response Team (SMART) – has been created to oversee processes under the policy, provide advice and guidance to those receiving reports of sexual misconduct and those investigating sexual misconduct, and maintain an overview of reports to identify any trends.

SMART is led by Employment Relations Manager Kelly Ferguson. Twelve team members have been selected based on their experience, expertise and personal qualities, to cover the Dunedin, Christchurch and Wellington campuses.

“Sexual misconduct is a societal issue and the University of Otago is committed to creating an environment in which no form of it is tolerated. We are committed to appropriately supporting all victims of sexual misconduct, as well as reducing the likelihood of incidents occurring in the first place,” she says.

Under the policy anyone affected by sexual misconduct is entitled to be treated with dignity and respect, to receive appropriate support and guidance, to have the matter addressed via available pathways, and to say which of those pathways they want to take.

Available pathways include being supported to make a police complaint, having the matter investigated under the University’s Code of Student Conduct or Ethical Behaviour Policy, having the matter investigated under the rules of a Residential College, and access to ongoing support and guidance, regardless of whether they choose to make a complaint.

The policy also re-affirms the University’s commitment to education through agencies such as Te Whare Tāwharau, and in collaboration with the Otago University Students’ Association, by promoting and running education programmes and workshops on topics such as bystander intervention, resistance, and consent.

Te Whare Tāwharau remains the University’s sexual violence support and prevention centre. It can provide or arrange support and advocacy for students affected by sexual misconduct, and guide them through the available processes.

Under the policy, sexual misconduct includes any kind of inappropriate or unwanted action of a sexual nature, including sexual assault, sexual harassment, the unauthorised making and sharing of intimate visual recordings, and any action intended to harm any person as retribution for a complaint made under this policy.

The University of Otago’s Sexual Misconduct Policy can be found here:

For information about how to report sexual misconduct, visit:

How to report sexual misconduct