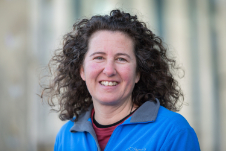 Gay, lesbian and bisexual New Zealanders are on average more than twice as likely to experience depression, anxiety and suicidal thoughts as heterosexuals, new research shows.

A new University of Otago, Christchurch study confirmed the belief that members of sexual minority groups generally experience more mental health problems, but is understood to be the first to show this difference persists across adulthood from age 18 to 35.

The study also provides a unique snap shot of New Zealanders’ sexual lives as participants shared information on their sexual identity, attraction, behaviour and fantasies at five different periods in their adult life.

It was recently published in the Psychological Medicine journal.

Information for the study was drawn from the University of Otago’s Christchurch Health and Development Study, which documents the lives of more than 1000 people born in Canterbury in 1977. The study is supported by the Health Research Council.

Lead researcher Dr Janet Spittlehouse says the team used information from 1,040 people, gathered over 17 years, to explore patterns of sexual attraction, identity and behaviour, and their impact on mental health. They identified four groups – gay/lesbian, heterosexual, bisexual, and mostly heterosexual. This is the first study to classify sexuality by recognising complexities and changes over time, she says.

Researchers found a clear association between sexual minority status and poorer mental health from ages 18 to 35 years. These mental health differences exist regardless of participants’ childhood situations, such as adverse childhood experiences, socioeconomic status, and personality.

Here are some the findings broken down by group:

Dr Spittlehouse says the findings reinforce concerns about stigma and stress experienced by sexual minority members and emphasise the need for mental health help and support for members of the rainbow community going into middle-age.